26 Minutes of Shame with a Robot Boob Game

I was really looking forward to Haydee‘s release in September, for which I was invited to a sit-down with the founder of Haydee Interactive. To my chagrin, I quickly learned two things about the game: it released in September 2016; and it is not, in fact an adaptation of the Daniel Auber opera. Never one to be deterred by being comprehensively wrong, I doubled down and decided to do a sit-down with myself, jumping into the game blind. Like Sir John Franklin, I was charting new ground.

My first obstacle, as usual, took the form of finding and purchasing the game. I was told that I could acquire the game on “steam,” only to thoroughly warp my computer’s casing through prolonged contact with a stovetop. I next asked Google what steam is, a query that turned up increasingly confusing results until I realized I was actually entering text into Notepad, and also that I haven’t had an internet connection since the incident. Trundling to the nearest McDonald’s with my gnarled PC tucked under one arm, I resolved to get to the root of this mystery.

This was only the beginning of my ordeal. As it turns out, there’s an entire process. To buy a game, one must first install a program called Steam, set up an account, and then find the desired game on a digital marketplace that appears to be a digitized recreation of King Minos’s labyrinth. Even once you stumble across the store page for the game you want, actually getting it is a ten-step process involving adding funds to your account, selecting the intended recipient of the game, and installing it. I could feel the employees’ eyes boring into the back of my skull as I carefully nursed my small iced tea (the one portion of the menu I’ve managed to decrypt to date). With the progress bar inching toward 100%, I cranked out another five gaming articles, bringing me closer to my weekly quota of 413. People say I’m bad at playing games, but if that were the case, how can I write so much about them? Such scurrilous accusations sting almost as much as the hot asphalt on my bare feet – in my haste to solve the mysteries of Steam, I misplaced the diagram displaying how to use the Velcro straps on my sandals, forcing me to go without.

Difficulties continued to mount as every attempt to boot up my computer failed, even though I remembered to plug it into an outlet this time. Had the power company deprived me of my sweet electrical succor once again? There was only one way to find out; and so I slithered across the hood of my car and into the driver seat, carefully avoiding glass from the shattered windshield (my sole point of ingress). I drove, my thoughts filled with Haydee, though I did note that I ran over fewer pedestrians than usual this time. What kind of game would it be? How would I structure my review of it? Would I be able to beat it before the Sun exhausts its supply of hydrogen fuel, its expanding red disc snuffing out life on Earth like a horde of Gamergater player hater supporters callously extinguishing the hopes and dreams of women in the games industry? Such contemplations would have to wait while I lodged my complaint with Westar Energy, by lodging my car in their reception area. My two good tires exploded simultaneously, sending me into an uncontrollable skid that exploded the front desk into matchsticks while secretaries flung themselves behind cover. It was around this time that I first suspected this was perhaps an inauspicious beginning to my experience with the game.

To make a long story short, I did not play Haydee until quite some time after I initially intended to, and for reasons only partially attributable to the terms of my probation. But I did get my review of the latest Ford Focus model turned in on time, much to the relief of my editor at Evo Magazine.

So… Haydee. What can I say?

The game starts hard and gets harder. The very first thing I encountered on launching it was a scrolling text display that told me to press “any” key. Stymied by the fact that, no matter how hard I searched, I could find no such key on my keyboard, I eventually settled for typing “any,” which did the trick. Right off the bat, this game wasn’t pulling any punches.

Alas, was appeared to be a tortuously tough text-based adventure swiftly took a hard left into platforming hell. No sooner did I select a difficulty (Softcore, in case you were wondering) than I found myself in control of some kind of gynoid with a covered face and exposed ass. Vague recollections of something similar floated through my mind, but I couldn’t put a name to these images – probably some obscure indie title hardly anyone’s heard of. Even an expert gamer such as myself can’t keep abreast of every niche release.

What you see above is the first time the game requires the player to jump. After much experimentation, I learned that this function was bound to the space bar, and in retrospect I suppose I can see a conceptual connection between space, which is always above us, and jumping, which brings us closer to that final frontier. What I did not expect is that a running jump is needed, nor that, for some arcane reason, the run function is tied to the shift key. I jumped and jumped, only to fall into the pit and die every time, returning me to the start of the game. Once I learned how to run, I tried running directly into the pit. No dice. So I tried running up to the lip, stopping, and then jumping. Still nothing. Perhaps if I jumped and tried sprinting in midair?

As it turns out, the solution was to sprint to the edge and, without stopping, jump with perfect timing, allowing our robotic protagonist to vault over the gap and grab the ledge on the other side. I pressed the down arrow key, as in, I’m down with getting out of this room, only to fall into the pit yet again, resetting my progress. After several more minutes of agony, I made it to the next room, where my progress was blocked by a door accompanied by a white lock icon. With no other choice, I hopped into an alcove in the corner and promptly became stuck again. The path to freedom, like the respect of an elitist community that chauvinistically insists reviewers must know how to play games, was hopelessly beyond my reach.

The solution to this one was wild. It turns out you have to climb onto a crate sitting by the opposite wall, then jump to the gap, grab the ledge, and hoist yourself out of the pit. This time, I remembered to use the jump button, which seems like a counterintuitive choice for ascending a ledge. Wouldn’t it just make you jump down? I wish more thought had been put into Haydee‘s movement and controls; it really drags down an otherwise pleasant game.

Advancing through the locked door with the aid of the key I found in the alcove, I arrived at another puzzling roadblock: a passageway too short to accommodate Haydee. Was this a sign I’d have to find some kind of shrink ray to progress? Would I need a remote control robot that can fit into tight spaces? Would I have to blow up the wall? I tapped my fingers on my desk as I contemplated this conundrum, eventually, through a stroke of luck, accidentally hitting the control key. Haydee ducked, making her just short enough to traverse the confined space. But things weren’t as simple as they seemed. Passing through several more rooms brought me to a grate that fully blocked my path. On the other side, another robot watched me. A search of my surroundings turned up nothing useful. While there was a locked door at hand, it didn’t react to me at all, even though I already had the key.

All the while, I tried in vain to decipher the mystery of the floppy disc in my inventory. What function could this have? How do I use it? Who even uses floppies anymore? Is this supposed to be a period piece? Then there’s the myriad of reasons there might be a number attached to this item. Utterly impenetrable.

By taking a circuitous route through the level and trying every door and crawlspace I hadn’t yet investigated, I found a room with a series of raised platforms over a bottomless pit. In one corner, far below, was an item, and I, being a professional gamer, instantly identified this development as a good thing. Applying the skills I had learned thus far, I took a running leap. My character went slack as the impact of the landing pulverized her artificial legs, ending my most productive attempt and sending me back to the beginning once more. I won’t recount my long struggle to get back to this room, although I would like to add that I would have appreciated it had the game previously established an association between long falls and death. Work with me, level designers.

It took several more attempts, in the course of which I earned the “Moron” achievement (way to reinforce gamer snobbery, guys), but I was able to pick up the item, which turned out to be bullets for my handgun. Both bullets and gun occupied separate inventory slots, leading me to undertake an effort to combine the two, an episode I won’t relate to you because, frankly, it’s too embarrassing. Let’s just say mistakes were made and leave it at that. What I would like to focus on is the fact that I was able to shoot the hostile robot, allowing me to retrieve the purple key from the dead Haydee lookalike in the room it had been guarding. At last, I had conquered the game, proving that however fiendishly difficult something is, perseverance will win in the end.

A steam notification popped up in the bottom-right corner of my screen, congratulating me for completing the tutorial. 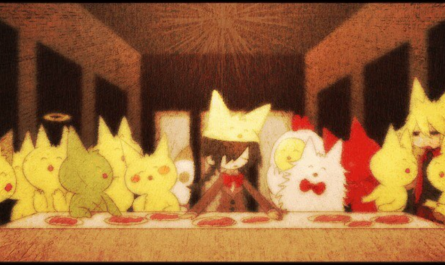 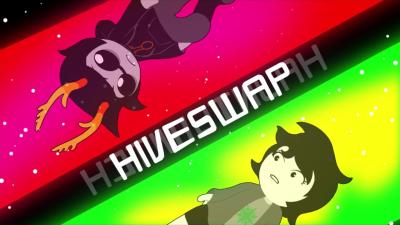 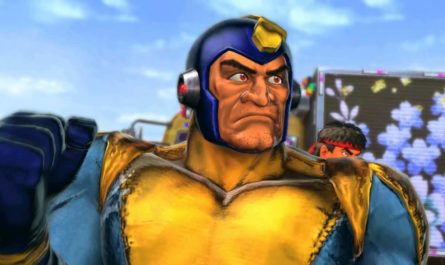 Original Game, Do Not Steal