Nekopara is the worst thing I’ve read since my last insurance bill. It’s so singularly bad that I’m convinced it’s a labor of hate directed at literacy itself, because it couldn’t possibly have been intended to entertain anyone. This isn’t even a matter of trying and missing the mark; this is a bad story in the same way that a backscratcher is a bad substitute for a passenger airliner. I hate myself so much for reading it, I feel like writing a Nine Inch Nails album.

“But what is Nekopara?” asks the unaware reader. Imagine a naked prisoner in a secret CIA prison. He’s held fast against waterboarding, hypothermia, sleep deprivation. An agent enters the bare concrete cell, laptop in hand. A Steam library looms in the only open window. The prisoner’s from Yemen, he doesn’t understand English. But he does understand the universal language of Japanese voice acting that sounds like squeak toys being run over by steamrollers. Nekopara – or, more accurately, NEKOPARA Volume 1, titled such because the developers were so certain in their success that they decided their product should carry the implicit threat of a continuation – is viscerally unpleasant in a way that most horror games don’t succeed at.

I can’t comment on the music, which is drowned out by the Alvin and the Chipmunks philharmonic that Nekopara calls voice acting. I can’t be entirely sure, because there’s no male voice to use for comparison. This is due to the protagonist being the lone male character and everyone else being either his sister or a catgirl (so as to better facilitate the accumulation of a harem). At least there’s a button next to each voiced line that can be clicked to replay it for the benefit of anyone who wanted to get some Youtube Poop in their visual novel. But the crown jewel is the “e-mote” system used to animate character sprites. In most VNs, the only movement on-screen is text scrolling in, so having fully animated characters should be more visually interesting than static sprites. It sounds like a minor thing, but has the potential to truly improve the “visual” aspect of VNs. Just think how much more effectively characters could emote if they didn’t have the same stock sprite the majority of the time. Oh… or they could use it for that, I guess. Did you know there’s a button specifically for shaking the screen on demand? Now you do. In fact, after that image and that sentence you know everything you need to about Nekopara. But I’m going to continue anyway because I’ve read Nazi memoirs with more sympathetic characters than this VN. At least those don’t feature bestiality, but I’m getting ahead of myself.

The story follows a young Japanese man with no defined age or character traits or in-game model. He does have a name, which is the full extent of the writers’ pretense that he isn’t an amorphous specter standing in for the reader. The story finds Audience Stand-in Man preparing to open a new bakery, only to find two mysterious boxes mailed to him by his sister. They contain twin catgirls Chocola and Vanilla, which is actually a clever bit of misdirection: they’re both plain and boring. The catgirls in Nekopara, incidentally, aren’t people with cat ears like you might assume. The VN explains, in no uncertain terms, that they’re cats genetically engineered to resemble human beings and have something approaching (but generally below) human-level intelligence. They are, for all intents and purposes, people-shaped animals. They still have cat instincts and behaviors such as the flehmen response.

One of these instincts, it seems, is to constantly announce what they’re doing, with repetition that made me wonder if this began development as a Dora the Explorer game. The alternative is that “fidget fidget fidget… twitch twitch twitch” is just the baseline level of writing that can be expected from a VN now. Maybe so, considering that such lines make up a considerable chunk of the dialogue in Nekopara, which is great if you ever wanted to know the Japanese words for “stare” (gii) or “beep” (beep) or “maybe Marx was right if capitalism allows products like this to be made and sold” (nyan). At any rate, Audience Stand-in Man puts the catgirls to work in his bakery. This may be illegal, considering catgirls aren’t allowed in public unescorted by a human unless they pass a government exam. I don’t know, my constitutional law classes didn’t cover catgirl jurisprudence. There’s definitely something unethical going on, especially once the two catgirls go into heat.

I was given the censored version, so the ensuing scene was fortunately skipped over. It could have skipped some more, though, given that the following segment of the three in bed features the protagonist musing, “There’s a lot to raising catgirls.” Oh, is that the key to raising cats? Is bestiality a valid pet care strategy now? I had no idea. Thanks, Nekopara! But he isn’t finished… “They were like daughters… and even lovers. Those feelings mixed together.” Because if you’re going to go for bestiality, why not spice it up with some incest overtones? Go big or go home. That… that wasn’t a serious suggestion.

“If Chocola and Vanilla weren’t going to accept you, I would have myself. I may be your sister, but even before that, I am a woman. It would be very difficult to turn down Nii-sama’s affection.” A page must have been missing from someone’s Japanese-English dictionary, because “nii-sama” is never rendered as brother. That or not even the translators cared enough to do their job, which I honestly can’t fault them for. After all, here I am reviewing it, and I can’t be bothered describing the story in any detail. Does it really matter when the story exists as rickety scaffolding built around contriving a scenario where it’s somehow acceptable for a man to have a threesome with twins whose age is still in the single digits? It doesn’t deserve scholarly analysis. It doesn’t deserve to be on Steam. It doesn’t even deserve to exist. Nekopara is the worst Japanese export since World War II and my life has been diminished for having read it. 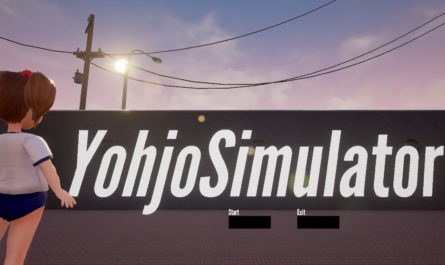 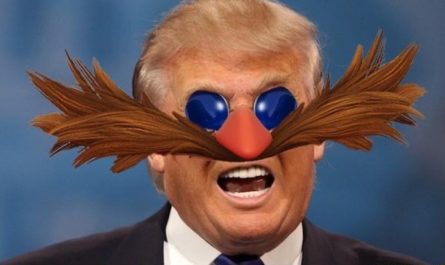 Gaming in the Trump Years