Where did the first half of 2019 go? Why haven’t there been any reviews? What happened? Aside from trying to put a novel together by the end of the year, I suppose what’s kept me from plunging into the pile of atrocious games and assorted miseries people keep asking me to cover is the albatross eternally around my neck, the catgirl slave rape simulator people can’t seem to get enough of, Nekopara. But I’ve dragged my feet on this one long enough, and besides, this one bears the distinction of not being a visual novel, but rather an animated short that explores new and exciting dimensions of the Nekopara universe. And how could I say no to that? I’ve needed something to fill the hole in my heart left by Disney’s wholesale dismissal of the Star Wars Expanded Universe, and Nekopara’s writing is on roughly the same level, albeit with more pornography and fewer gelatinous cube faith healers.

Still, I’ve trashed two Nekopara stories already. Wouldn’t another takedown of the series be too predictable, hit on too many of the same points? I don’t want to just regurgitate the same jokes over and over, so I thought I’d take my best shot at treating this OVA fairly. For my aide in this exercise I selected a 750ml bottle of Torre Oria sparkling wine, consumed in as close to one go as possible. I know my biases and figured 12% ABV worth of impaired judgment might offset them a bit. The wine at least lowered my expectations dramatically – the label on the back promises “a full floral bouquet of wild flowers and berries and abundant, fine bubbles. On the palate it has a magnificent presence – complex, full-bodied and fresh, with lovely enduring flavors of peaches, tropical fruits and flowers.” That’s a highly idealized description of what in practice feels more like licking cat piss off dirty linoleum, which, though appropriate for what I was about to watch, probably isn’t what people are looking for from the “traditional cava method.” The bottle also informed me somewhat presumptuously that the wine pairs well with itself. It made no mention of creepy fetishistic anime, so maybe that’s where I erred. That’s the sort of situation where you want an IPA.

Everything opens innocently enough, with the protagonist, his sister, and their coterie of exclusively female anthropomorphic cat people eating. I figured I was in for something too boring to review when some remark set off a flashback to when lead catgirls Chocola and Vanilla (who went into heat in Nekopara Volume 1 and could only be cured by Harem Protagonist Man’s cock) were children. Kittens? What’s the preferred terminology here? Besides, they’re already pretty childlike, I’d put them at 16 at most. Tell us about catgirl aging, Nekopara. Enthrall us with your worldbuilding. Or, failing that, try not to make mealtime look like this:

This is how they eat breakfast. I swear it’s not from a sex scene.

I think this scene is also the first time Harem Man has a design and isn’t a sort of ethereal being hovering just off-screen, a window into a world of voyeurism and dubiously consensual human-on-feline sex. I almost didn’t save an image of it, because it’s as generic anime protagonist as you can get. I’ve already forgotten what he looks like.

Things take a rapid and unwelcome turn when child Chocola and Vanilla get scared and spend the night with Harem Man, having an uncomfortably long conversation about how they’re so excited to sleep with “master” that they can’t help wetting the bed. This becomes the theme for the first half of the OVA, getting trotted out in subsequent scenes, I assume because someone did their market research and wanted to zero in on more specific fetishes than your normal everyday underage catgirls. I once again doubted my ability to review this short; sure, it’s funny in how baffling it is, but the fixation leaves me with few topics for good jokes. How am I supposed to review twenty minutes of cat piss? Roughly halfway through my first viewing I paused the video, backed away from the computer, and got a bottle of the good stuff. I had a lovely Bernkastel-Kues on hand as an emergency measure. It might sound inadvisable to some of you, but I have superhuman alcohol tolerance and the Torre Oria wasn’t really doing the job.

This was during the month where it rained every day and most of the state was underwater, so I was sort of hoping the monsoon would take down my internet connection and free me from the tyrannical hand of Steam’s servers. Of course it didn’t, because my connection will die if a stray cloud drifts over the horizon yet somehow work without a hitch in the middle of the apocalypse when there’s awful anime on the line. It hates me almost as much as I hated the fact that I wasn’t even halfway through the video. A glimpse ahead revealed that this was somehow building up to a truncated Christmas special. It was time to retreat to the living room and figure out how the hell I could possibly review this thing.

I wasn’t joking or exaggerating; it really is a bunch of girls standing around talking about piss for multiple scenes.

I fell back in my recliner and dreamed a horrible dream, one in which Paramount’s Sonic the Hedgehog movie had a new trailer featuring Sonic shedding electric spines and quoting Sonic X. Robotnik, who in this cursed reality has hair, tries to eat one of the spines. Sonic’s mouth is full of teeth. I threw my shirt down the stairs, hitting a dry patch by the water heater. I’ll have to go down sometime this evening and sweep water toward the drain, which has been struggling all day to keep up with the trickle finding its way indoors from the floodwaters running off ground too hopelessly saturated to absorb any more. I stepped onto the rear porch and the wind lashed sheets of rain parallel to the ground, across my face and arms and chest, and in the invigorating chill I knew the nightmare was real. A break, and the first thing I select on resuming my reviews is half cat piss, half talking about Christmas. They don’t even do anything Christmas-related, unless your family’s Christmas traditions involve eating sashimi and making incestuous insinuations in the presence of the family pets.

In a twisted way it’s comforting to know that wherever you go in the world, furries are always the same.

The closest anyone gets to a sense of disgust or shame is when one of the characters refers to their adventures in bed-wetting as “an accursed memory,” which might as well refer to my entire experience with Nekopara. For a change of pace, there’s a discussion of when Harem Man’s sister (who makes repeated insinuations of varying subtlety about wanting to fuck him) used to wet the bed. The subject takes a hard turn into Christmas, which is explained to the catgirls as a holy night you spend with those you love. They assume it’s about sex, a misconception that’s not at all dispelled by the sister’s desire to spend it alone with Harem Man. Realizing he won’t take the bait, she decides they should all celebrate Christmas as a family. Given what series this is, that doesn’t necessarily rule out her attempt to defy the Westermarck Effect and get some of that hot nondescript anime man action.

$10,000 to make your fan character canon? Someone at Sekai Project must have been paying close attention to the Homestuck Kickstarter campaign, which had a $10,000 reward tier to make the backer’s fan troll canon. Two people did it, but due to their failure to spring for the $100,000 reward, their characters didn’t survive past a single panel.

Come to think of it, didn’t Sekai Project publish Rabi-Ribi? And didn’t that game have catgirl sisters named Chocolate and Vanilla with eerily similar designs to the Nekopara characters? Is there something going on here I should know about? I’d like to know if Rabi-Ribi was secretly a spinoff all along, since I actually enjoyed that game. Did the Nekopara people have to pay $20,000 to get their characters in the game? And when is the last DLC coming out, anyway?

I can’t be the only one who sees it, right?

The kicker is I didn’t even see any special guest characters. Either the cameo was so subtle that I didn’t catch it on either viewing (entirely possible, I was kind of buzzed after polishing off that second bottle) or there wasn’t one at all. Then what was all that money for? Did they spend $10,000 for nothing or is there some other Nekopara anime the reward was for? The reward description simply says “the anime,” which I would assume is the anime the donation went toward creating. I even watched the credits and didn’t see anything that warranted the title “special neko credits.”

This whole experience has just left me confused and vaguely unsettled. I’m not upset about Nekopara, I just don’t want to see any of it ever again. I’ve said everything I could possibly say about the series in all its incarnations, so when they come out with a Nekopara Netflix adaptation or gacha game or pogs, please refrain from sending it to me – I won’t review it. I’m done.

Twenty minutes of cat piss made a splashing sound as it flowed endlessly into my Steam library. 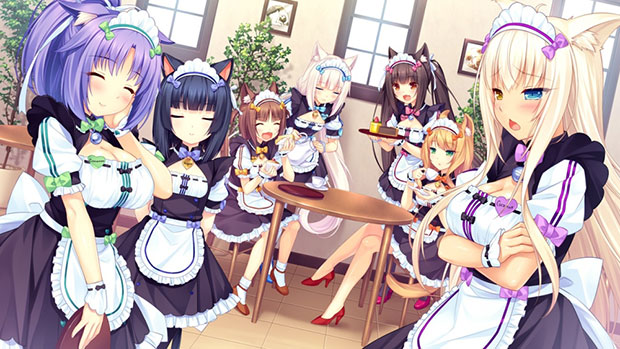 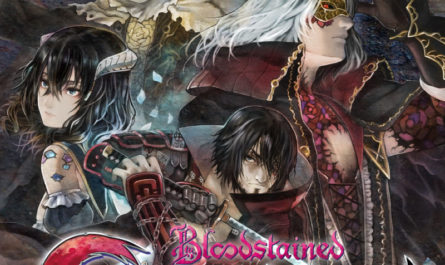