I don’t understand. Verdict: Not Recommended.

…all right, fine, I know that’s grossly inadequate, but whenever I try to actually think about Future Diary, the most I can come up with is a feeling of baffled indifference. It isn’t a show for people who think. Not to sound snobby or unfairly harsh, it’s just that even having gone into Future Diary with no prior knowledge or expectations, I still feel vaguely cheated. Watching it was frequently unpleasant and just about always unsatisfying, and I want to get that out of the way before getting to the substance of the review.

The show is a studio Asread adaptation of a manga by Sakae Esuno. As I haven’t read the latter, I can’t comment on the anime’s faithfulness to its source material. Either way, the story follows Yukiteru “Yuki” Amano, a socially isolated Japanese middle school student who mostly drifts aimlessly through life, only interested in recording every mundane detail in a diary he keeps on his cell phone. One day, he’s approached by Deus Ex Machina, the all-powerful being who keeps the universe humming along, and is inducted into the Diary Game. For his participation, Yuki gains the ability to read diary entries from the future, with only the minor (unstated at first) downside of being bound to kill every other entrant or die trying. Luckily for Yuki, his classmate Yuno Gasai happens to be an obsessive stalker who uses her future diary to keep tabs on him at all times and protect him from harm. OK, so not that luckily. Yukiisn’t one to look a gift horse in the mouth though, however murderously overprotective it might be.

From there, the show mostly follows an antagonist of the week structure. Each diary has a different gimmick such as alerting its user of crimes committed in the future, or making them superpowers for all practical purposes. When the show runs with this, it makes for some remarkably entertaining characters. The most blatant of the bunch is Yomotsu Hirasaka, a vigilante who uses his diary to act out fantasies of being in a super sentai team. Unfortunately, his screentime as a villain is shared with a character whose backstory is almost entirely gang rape, and she plans on having the same done to Yuno. On his own, Yomotsu is a load of fun and one of the show’s highlights, but it’s impossible to get into it when his scenes are interspersed with extremely graphic depictions of child rape. And here is where an ugly problem with the show rears its head: Future Diary is one of those stories that tries too hard to be shocking and dark. I don’t understand how a show that prominently features a Power Ranger with a magic cell phone as an antagonist can expend so much effort trying to be taken seriously as a drama. This is especially noticeable because “being raped for two years straight made me a nihilist who wants to win the diary game and destroy the world” is just as hard to take seriously, with the added downside of not being fun in the slightest.

Rape seems to be one of two ways the plot progresses, the other being somebody dying for no clear reason. Of the named female characters, aside from those already mentioned, one was raped by classmates, another is motivated by the murder of her parents, a third is murdered to motivate Yuki, and one is constantly harassed by a lesbian with a one-sided infatuation. Of the two exceptions that come to mind, one is a child and the other is shaped like a bobblehead. Now, I’m not normally one to complain about female representation in media, but it gets sadly predictable when a series is as one-note as Future Diary. It isn’t that male characters are particularly well portrayed either, but at least they get roles other than “rape victim” and “comedic relief.” It’s simply bad storytelling.

Not to imply our leads, Yuki and Yuno, display a great deal of nuance in their development either. Yuki vacillates between being excessively meek and callous to the point of being unrelatable, depending on whether he believes his actions at the moment will have consequences. He’s a sociopath who decides to kill every other diary holder not because his own life is on the line, but because he wants to replace Deus and use his newfound omnipotence to get his divorced parents back together. All it takes to convince him his plan is the best course of action is Yuno – who by that point has already kidnapped him, tied him up and attempted to murder his friends – telling him he can bring people back to life after he wins. No evidence needed, he just becomes a killing machine when a flimsy but convenient excuse crops up. For her part, Yuno can’t exactly be taken seriously. She’s the most popular student at her school and is adored but everyone except the other diary users. Yuki’s mother is ecstatic when Yuno cleans up Yuki’s room, ignoring that she did so by breaking a window and sneaking into their house. For a show that revels in violence, Future Diary seems surprisingly reluctant to acknowledge that its protagonists are amoral killers who from any other perspective would be the villains of the story. Even taking into account that Yuki’s trapped in a bad situation, it’s a tall order asking viewers to sympathize with someone who’s one pep talk away from killing orphans. Exhibit A: the Star Wars prequels.

While I’m on the topic of characterization, although it has little bearing on the quality of the show, I can’t help but bring up Aru Akise, a character who abruptly shows up roughly midway through to assist Yuki. He’s a mysterious albino of otherworldly origin who instantly falls in love with Yuki and is willing to give his life for him. The hardest part of writing this review is not referring to him as Kaworu. He even dies by decapitation, which I’d feel bad about spoiling if not for him blatantly being the same character. I don’t know how they got away with it. I don’t know why they would want to, either. Of all the shows to steal from, there must have been a better one to choose from than Evangelion.

As far as themes go, the show extensively references mythology, which would be interesting if it weren’t so shallowly done. The closest it gets is Yuno’s jealousy, presumably borrowed from her namesake Juno, Zeus’s wife. Still, most of it adds nothing or is outright incoherent: for example, God’s (excuse me, Deus’s) confidant being the goetic philosopher-demon Murmur, who in the show is portrayed as a bumbling, scheming child. It feels like something that could be meaningful, only to immediately fall apart on closer inspection. A theme will be established and then the plot will take a sudden turn that invalidates that buildup. After spending most of its run telling the audience that death is permanent, Future Diary changes its mind in the final minute so there can be something resembling a happy ending. Or there’s the case of Akise, who learns that he was created by Deus to observe the game and doesn’t have free will. When he brings up his love for Yuki as a counterpoint, Deus dismissively says that “that too is an illusion.” I thought it was a suitable way to wrap up a supporting character’s arc that also fit with the show’s fatalistic tone. In the grand scheme of things, none of the characters have meaningful choices, right down to Deus knowing his death is imminent and unavoidable. Not even the most powerful being conceivable is free from the bonds of fate, and the same holds true for everyone else; their actions are driven by necessity, not by what they would normally want to do, so having a character who is completely, explicitly a tool of fate seemed an appropriate thematic choice to me. Except Akise is suddenly capable of defying Deus and changing the outcome of the game, overturning what would have been an interesting story development in favor of a cheap “gotcha” moment. Such constant attempts to be shocking and introduce new twists where they aren’t necessary is a persistent problem. Past a certain point all it does is serve to confuse the viewer.

I will give Future Diary credit for having one interesting twist, and it’s the one that the plot hinges on the most. Hints are scattered throughout the show as early as the first opening animation, so when it arrives it feels like a natural, logical part of the plot. It even goes a long way toward justifying some of the more questionable plot points, like how a pair of middle schoolers could be serious contenders in a battle royale. It places events up to that point in a different context. But I can only give partial credit, because it leads into one of the worst endings of any anime I’ve seen. The concluding episodes might as well be a different show entirely, because there is no meaningful buildup to justify the barrage of new plot points they introduce. It has all the hallmarks of an anime-only ending hastily written because the studio ran out of manga to adapt, but apparently that isn’t the case. I don’t get it. Is it because the writer, Katsuhiko Takayama, also did the screenplays for Boku no Pico and Negima? Was Future Diary simply cursed from the start? I can’t think of an explanation. Either way, the ending ruined any hope I had that the show might salvage something, anything at the last minute.

The one thing I can unreservedly praise is the dub. The staff at Funimation obviously had a blast with it, to the point that at times it borders on being a gag dub a la Ghost Stories. I don’t know what happened behind the scenes, but it feels like someone working on the script recognized the inherent goofiness of Future Diary and ran with it, hence a character launching into tense hostage negotiations with the police with “give me swag, you get hostages!” The dub displays some much needed self-awareness and, more importantly, is downright funny. It isn’t enough to save the show on its own, but it’s refreshing and anyone who, in spite of everything I’ve said so far, is interested in watching Future Diary should definitely check out the English version if possible. Much like Panty & Stocking, Funimation made a Herculean effort with what they were given, and sadly it wasn’t enough.

– hopelessly boring protagonists
– inconsistent, poorly realized themes
– over-reliance on rape in an attempt to be shocking
– an unsatisfying, poorly written mess of a finale
– a complete waste of potential 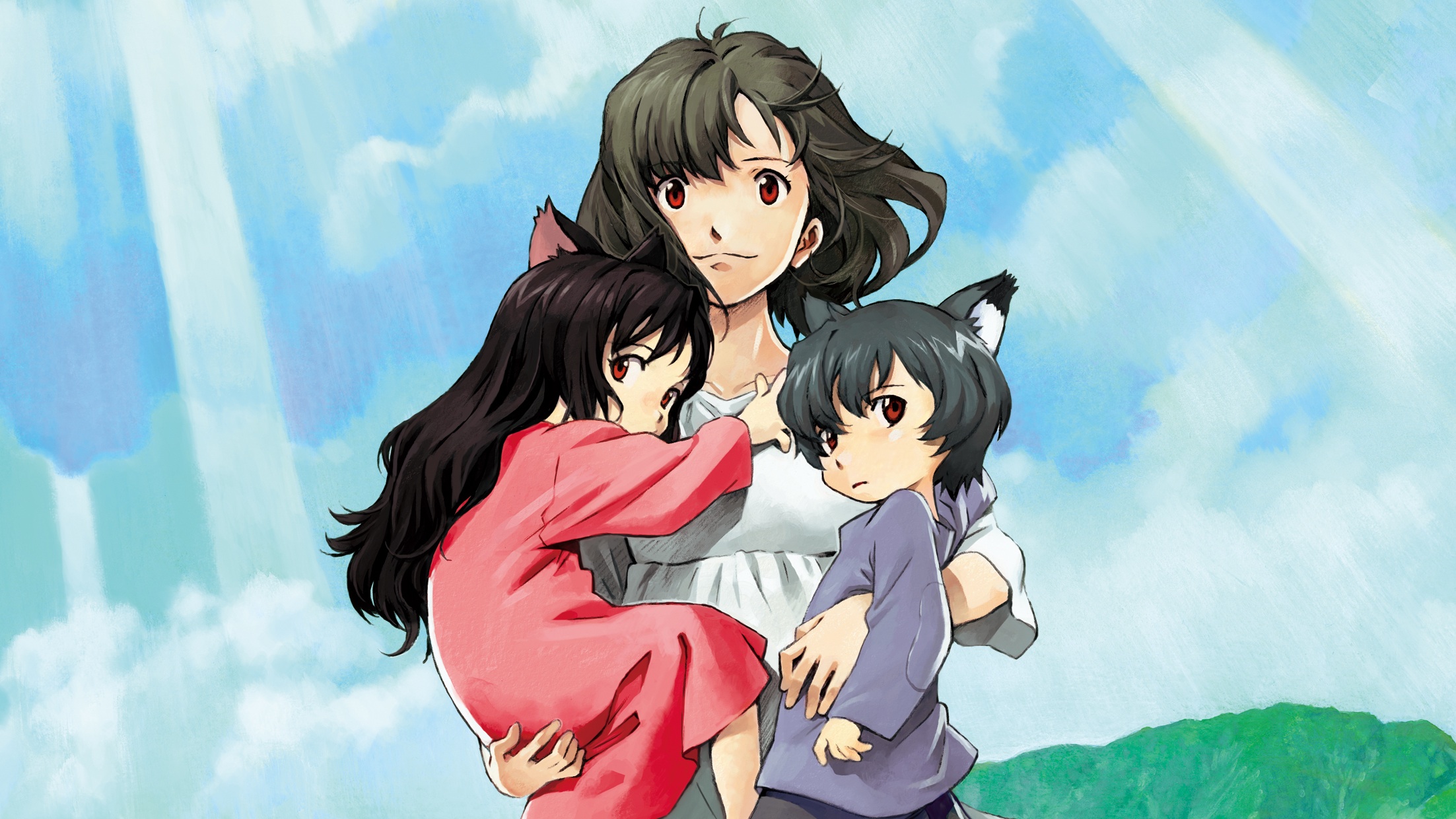