Sometimes, I encounter an anime that I know nothing about, but pick up on some incidental detail that makes it irresistible to me. I have to watch it. This usually doesn’t end in my favor (hello, Panty & Stocking). Still, Unbreakable Machine Doll and its not-quite-word-salad title caught my attention and curiosity demanded that I give it a chance. What’s a machine doll and why is it unbreakable? The answer, as it turns out, isn’t nearly as important as the journey, and the journey is one of the worse shows I’ve watched during my time on A3k.

The most important thing to know about the story is that it’s adapted from a light novel series, which, if it didn’t doom the show from the start, at least left it with a serious handicap. This is a 12-episode series based on a 15-book series; adapting the source material in its entirety was out of the question. There are several ways anime writers get around this problem: they might write an original ending or create a different story based on the original. Some anime have worked within such restraints to great effect (Excel Saga comes to mind). Not so with Unbreakable Machine Doll. This is a 1:1 adaptation of the source material, stopping one fourth of the way through the story with such a profound lack of any kind of resolution that I had to double-check to be sure I watched it all. There’s no closure or even a hint of change in the status quo, and the truncated nature of the show’s plot means there’s hardly any character development either. I could have stopped watching at any arbitrary point in the show’s runtime and the payoff wouldn’t have been any different than what I got for watching to the end. I’d understand somewhat if there were another season, but there isn’t. This is all there is and ever will be, since even if I wanted to read the novels, I couldn’t: they haven’t been released in English. I already knew about Lerche, the studio behind Unbreakable Machine Doll, from its work on the Persona 4 and Dangan Ronpa adaptations, and assumed that, if nothing else, they were at least fairly competent at following other people’s scripts. Not in this case, as it turns out.

But just what is this fragment of a story that the anime gives us? Our protagonist, Raishin Akabane, joins a prestigious wizarding school in England, accompanied by the eponymous machine doll Yaya. While there, the two join a magical tournament, the winner of which receives a prestigious research position (and which carries with it immunity to the laws that normally govern magicians – more on this in a bit). He’s also a spy for the Japanese military and is on a personal mission to assassinate one of the leading figures at the academy as revenge for the deaths of Raishin’s family. From there, it’s a by-the-numbers tournament arc that tries to build up a conspiracy behind the scenes, but the short runtime means that the culprits, and their motives goals, are completely opaque.

The broad outline of the show’s backstory is that Renaissance-era inventors developed living automatons, called dolls, and a system of controlling them, machinart. History then proceeded to be exactly the same for the next 400 years, until the post-WWI period the show is set in. A lot of stories with this kind of setup try to explain why magic doesn’t have much impact on the world at large, like the introversion-bordering-on-xenophobia of Harry Potter’s wizards. The most in-depth explanation Unbreakable Machine Doll gives of how magical society works is that some families are supported by the British crown, winning the school’s tournament is a big deal, and creating dolls out of human body parts is forbidden. That’s it.

As it turns out, Yaya is just such a doll, and thanks to her unusual status has the potential to operate independently of Raishin, something unheard of for any normal doll. Naturally. Now, let’s see if I have this straight: dolls have functionally human minds. They’re capable of reason. They feel emotions. They can use language. They can integrate into society. Some of them are physically indistinguishable from humans. They’re living, breathing beings with human wants and needs. And dolls are property.

Our hero is a slaveowner. A slaveowner who’s fighting, in the best case, to murder someone in cold blood, and in the worst case to become magical Mengele.

Not that the other characters are more relatable. Yaya is one-note clingy stalker who physically assaults Raishin at least once an episode for talking with another girl, looking at another girl, or just acknowledging that girls exist in the abstract. Raishin’s best friend, Charlotte, is an insecure girl who likes him and doesn’t want to admit it. Charlotte’s sister, Henri, is a suicidal, violent man-hater who develops a soft spot for Raishin after he saves her. Frey is a clumsy, absentminded girl who falls in love with Raishin after he saves her. There are more, but it doesn’t matter: this is a harem series, and everyone is a hastily sketched stereotype defined almost solely by their relationship to Raishin. Because he never changes as a character, neither do they.

As if to emphasize their shallowness, more than one character is absolutely terrified someone will forget their catchphrase and is sure to repeat it at least twice each scene. The most annoying of these is Raishin’s rival Loki, whose catchphrase is “I am a humble, tolerant person. However, there are three things I simply cannot abide: people who order me around, people who stand against me, and [third thing depending on the situation].” At least half of his dialogue is this line, repeated incessantly. It’s almost like the writers, knowing they couldn’t come up with any memorable lines, tried to accomplish it anyway through sheer repetition. The only saving grace of Unbreakable Machine Doll’s dialogue is that most of it’s delivered in comical English accents, though it does wear thin when hearing the same line for the fifth time. This is only in Funimation’s dub, of course – and with how phoned-in the Japanese performances are, there’s no reason not to listen to the English version. Of particular note in the Funimation cast is David Wald as the Scottish dragon Sigmund.

Nothing about the art is especially noteworthy; the character designs and general art style could be thrown into plenty of other anime and go unnoticed, right down to the flounder faces characters have when viewed in profile. The animation is distractingly cheap. One scene comes to mind, in which a dragon knocks over a clock tower, which tilts slightly, hovers to the side, and then awkwardly sinks into the ground like a sulking kid going to their room. That tower looked like it didn’t care about anything anymore, least of all the laws of gravity. I’ll accept slip-ups like that in a televised broadcast, but this is the DVD release. And it isn’t a one-time occurrence, either – the animation is consistently half-assed, whether 2D or CGI, including in action scenes. Even discounting everything I’ve said about the setting, characters, and story, and assuming that the series should simply be watched for the spectacle, the poor quality of the animation prevents me from enjoying it on that level.

Finally, I have some questions that I don’t think the series adequately addressed. How has Raishin not murdered Yaya yet? Why did anything in this show happen? Why does the villain wear an opera mask when plenty of people know his real identity? Why is Britain apparently fine with slavery in the 1920s? Sure, Japan was merrily enslaving Koreans en masse during the period, but that doesn’t mean the rest of the world approved of slavery. Why did the writers choose to show us a bog-standard tournament plot instead of the infinitely more interesting premise of World War I fought with living magical weapons? Why is Yaya naked in every other scene? Is it necrophilia if someone has sex with a doll made from a human body? Raishin works for the Japanese military and lives on the same campus as the man he’s sworn vengeance against, so what’s stopping him from throwing a grenade in the guy’s window while he’s asleep? Was any critical thought put into this at any stage of production?

Highly recommended for anyone who wants a Harry Potter/Rozen Maiden crossover and doesn’t care how. Not so much for everyone else. 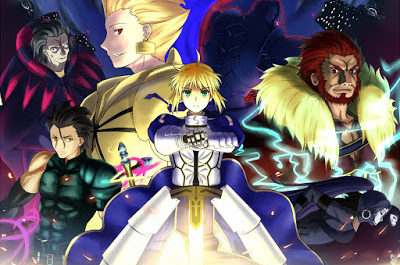