I like to imagine that one day, Akira Toriyama felt the urge to thumb through Dragon Ball Z again. Upon finishing his trip down memory lane, he looked up and said to himself: “Yeah, that was pretty good. You know what, I should do more of that.”

DBS, as it will be called from here on, has an interesting origin, in that it technically began with two movies: Dragon Ball Z: Battle of Gods and Dragon Ball Z: Resurrection ‘F’. Being the first movies of the series that had deep involvement from Toriyama and are unambiguously canon, they served as a direct continuation of Dragon Ball Z. Both of them were adapted as the first two arcs of DBS, which brings me to my first and only major criticism of the show.

Put simply, the first two arcs just don’t really hold up when compared to the movies. For starters, the animation is notably worse (though it did get much better after these arcs and was never as bad as was occasionally claimed) and even if one has not seen the movies beforehand, it’s impossible not to realize that the material for each movie was stretched into 13-14 episodes. The events undergo some minor tweaks and additions (for instance, Tagoma’s role as Frieza’s sparring partner or the brief return of Captain Ginyu), but most of them unfortunately add very little and come across as more padding to stretch out the runtime. It is especially infuriating because some episodes have very little happening and milk each new development for the maximum length of time, bringing to mind the much derided issues that DBZ had with filler and pacing.

None of this means that the episodes in question are unwatchable or even bad, but there isn’t really any reason to watch them when one might as well watch the two movies instead which have better animation and no pacing problems. Unless someone clinically needs their DBS viewing experience to be as long as possible, I would recommend doing exactly that.

Before we can talk about the plot and characters of DBS, I’ll have to briefly recap the plot of the first two movies. In Battle of Gods, we get introduced to the God of Destruction Beerus and his (actually much stronger) attendant Whis. Beerus has a dream about fighting a challenging opponent called a “Super Saiyan God”, which makes him travel to Earth and threaten to destroy it should he not be provided with such an opponent. Ultimately Goku manages to turn into one, takes on Beerus and the whole situation gets resolved in a manner that I won’t spoil. Resurrection ‘F’ is about the revival of Frieza and his attempt to take revenge on Goku and his friends for humiliating him. Despite the premise sounding almost like a fanfic and stories where the bad guy of a previous arc is revived and wants revenge are a dime a dozen, Toriyama manages to pull it off with flying colors. For details, I’d recommend checking out Cody’s review.

After the two movie arcs, the next one concerns itself with Beerus and his rivalry with his brother Champa, the God of Destruction of universe six. As it turns out there are actually twelve universes, with two each always being counterparts (like six and the universe our protagonists inhabit, seven). Beerus and Champa endlessly try to one-up each other as to whose universe has more delicious food, so after tasting the food of Earth, Champa wants it for himself (the earth of his universe destroyed itself in a war). He proposes a tournament between the best fighters of each universe – the winner will get to use the Super Dragon Balls. Said Dragon Balls are the size of planets and were copied by the Namekians. Unlike all the other Dragon Balls we have seen thus far, the Super Dragon Balls can grant absolutely any wish without limitations.

The subsequent tournament on an uninhabited planet is nothing short of spectacular. It is the first tournament arc I have seen in an anime that didn’t annoy or bore me at any point. Without giving the actual fights and their results away, what makes them so engaging is that they don’t boil down to the tired old (and incorrect, but that’s beside the point) Dragon Ball Z stereotype of shouting for five minutes and then blasting each other with lasers until someone loses. Goku and the others actually employ strategy to counter their opponents strengths rather than simply getting another convenient power-up and punching them into the stratosphere. A lot of the opponents themselves also use every advantage they can get. Especially noteworthy is the last and most powerful fighter from universe six, Hit. He is an assassin with a devastatingly effective and pragmatic way of fighting, and in the battles with him Toriyama pulls out all the stops, leading to an absolutely fantastic finale.

Finally, we come to the arc that has only recently concluded – the Future Trunks Saga. It seems Trunks simply can’t catch a break because even though Cell was defeated once and for all, the future he hails from is suddenly attacked by a being that looks exactly like Son Goku called Goku Black. Trunks barely manages to escape via time machine and asks Goku and his friends to help him defeat this new menace. What could easily have been just an uninteresting conflict with a generic evil Son Goku clone turned out to be one of the greatest arcs in an anime I’ve seen, especially once the true nature of Goku Black is revealed. Toriyama also brings back elements from Dragon Ball Z, and even from the original Dragon Ball, and manages to use them in relevant and clever ways. Without giving away anything else, the main villain of this arc is one of the greatest antagonists of any anime in recent memory and the final conflict with him is arguably the best fight in the entire Dragon Ball series.

Another very welcome element is the continuing character development. Vegeta especially gets plenty of great moments and Son Goku’s obliviousness (for instance) is treated as an actual flaw instead of merely being a cute quirk. Trunks himself is one of the central characters of the arc, which is why we see him fleshed out with various interactions with his father, girlfriend, Gohan, and of course his child counterpart. Even the arc villain gets his own character and motivations, instead of merely having him act the way he does because he’s evil. Speaking of him, his theme is one of the best parts of the soundtrack. While the score won’t blow anyone’s mind, it’s very competently done overall.

So in conclusion, is this show good? Yes, it’s very good in fact. As previously mentioned, the only major flaw is that the movies make the existence of the first two arcs kind of superfluous. I can’t recommend Dragon Ball Super highly enough for anyone that even remotely likes Dragon Ball Z or anime in general.

-The fights are amazing and don’t rely on tired old shonen staples like inexplicable powerups at the 11th hour.

-There is a lot of character development, especially for Vegeta, who got promoted to co-protagonist.

-The comic relief is actually funny rather than annoying.

-Things from the previous series are cleverly reincorporated.

-The story is interesting and not completely predictable.

-The animation is not exactly spectacular, and is even a bit lackluster at certain points early on.

-If you have seen the movies, watching the first two arcs is utterly pointless. 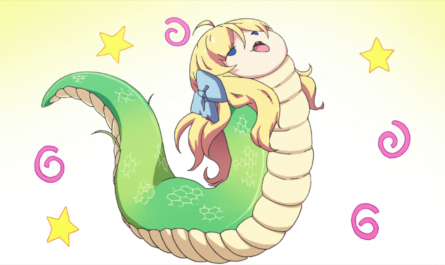