Today I stand before you not as a fan of anime but under my guise of my true nerdy call, tabletop roleplaying games. For about twenty years now I’ve taken time out of most of my weeks in order to drink soda, roll various denominations of dice, and play make believe with math. My love of anime coincided with my start in the world of tabletop games. I would mash up themes of both anime and dungeoneering. I’d spend hours figuring out neat ways to use the rules to make the strange powers in anime fit the game table. I think my boldest moment of crossing my nerd streams was when a rule set decided there should be a way to build your own character class. I immediately made a class based on the powers and tropes of fighting game characters. Good times. Of course in America, Dungeons and Dragons is considered one of the most recognized games n the field of tabletop RPGs by both fans and the media. From that title many people have made tons of media, especially in the written field. All it takes is a great series of adventures and some skill in writing and you can have a book series, as has been proven by works like Dragonlance by Laura and Tracy Hickman and the Wild Cards series by George R.R Martin. ut Japan takes it to a whole other level. Dungeons and Dragons is a plenty popular game across the Pacific, but the real RPG scene is dominated by a game called Sword World RPG. Cool, but not anime enough…

Sword World RPG came into being in 1989 as a response for a streamlined game with a need for fewer dice, being that dice with more (or less) than six sides are rather rare to get a hold of in Japan. With a more accessible game, a cottage industry sprung up in the writing world. This industry created a genre known as “Replay”. There were many Sword World RPG players who would take meticulous notes about campaigns then send them to various magazines. People loved to read them, mostly because I can envision that the arguments over rules and who was going to pay for the take out was edited out. It didn’t take long before someone started editing these transcripts into a workable light novel format, and the Replay built a steady following amongst the youth in Japan. This leads me to one of the designers of the game, Ryo Mizuno. If he sounds familiar it’s because like Gary Gygax for D&D, Mizuno is the face of Sword World RPG. I will throw around some names and they might strike a chord. Lodoss. Rune Soldier. Crystania.   These are all concepts from the original setting of the RPG, all put into perspective by many of the Replays by Mizuno. During the height of the game’s popularity we enjoyed a surge of Tolkien-esque fantasy with a Japanese anime mentality and style. Right off the bat there was material ripe for anime. Record of Lodoss War is probably the most direct translation of one of those old transcripts detailing the epic journey of a group of varied adventurers. It was a rich, detailed setting taken from a Dungeons and Dragons game Ryo Mizuno had been a part of for a long time. With a fleshed out RPG campaign it was easy to provide a framework to further media set in the same world. One can assume the success of this series bolstered the move to create Sword World RPG as its own stand-alone identity for Japanese players. Without needing the backing of Dungeons & Dragons parent company, TSR, the world of Forcelia would be its own powerhouse of inspiration. The success of the Record of Lodoss War as an OVA led to the hit movie Legend of Crystania in 1995. A divergent tale of fallout from the party’s action in the original series, the movie proved that there was lots of room to expand the brand. Manga was churned out regularly and even made a few spin offs for favorite characters. New stories were created for television and novel series, as well as many expansions to Sworld World RPG featuring all of the updated information of the setting. To the anime world this led into the final series (So far) set on Forcilia, Rune Soldier Louie. While the light novel series it was based on (also penned by Mizuno) went on until 2012, the anime had a short 24 episode run in 2001 and that was it.

While it has been a while since we’ve heard or seen anything in that fantastical vein, it’s not like other series didn’t pick up the slack. There is always a need for sword and sorcery in a traditional sense, and the fun concepts are easy enough to pick up on. Bastard!!! Is a personal favorite, which has been an ongoing manga since 1988. It has delivered both heavy metal and sweet dungeon crawling scenarios for years. But save for a small OVA release in the early 90s, little of Dark Schneider’s tales have been animated.

Berserk has had a great run so far entwining social commentary with dark imagery along with a dedicated world filled with adventure (And admittedly, blood). One can imagine how great a tie in RPG based on this series would be; a very mature and thought out affair with the type of horror a good Call of Cthulu game can inspire. However save for one great animated series in the late 90s and the current movies I have to wonder if Guts’ tale will be told entirely on film. What happens when you just put all twenty levels in “Badass”.

And of course anything great has its parody. Dragon Half had all of your standard sword and sorcery tropes lined up with generally mocking lots of Japanese popular culture. The manga lasted about 65 volumes with a short spin off series following. There was also an OVA produced in 1993 was canned after two out of four were finished due to lack of interest.

Those Who Hunt Elves was a hilarious take on your average person from our world getting dropped into a fantasy land. But being far from average Those Who Hunt Elves worked in a lot of jokes that one would easily get because the RPG style tropes are pretty universal thanks to tabletop games influence. Sadly this series also was larger on paper than on television, 21 volumes of manga to a mere two seasons of twelve episodes a piece. Of course this is leading to possibly the biggest fantasy styled anime to those of us here in the west, The Slayers. I have often joked to my gaming groups that while both Record of Lodoss War and The Slayers should both be watched by RPG players, the former is how you want your campaign to be but the latter is how it turns out. The Slayers lays out much the same world threatening events you find in “Serious” titles, but has a lot more fun on the journey from the discovery of an adventure to fighting the main bad guy. It didn’t hurt that the characters were rather diverse in their roles than your typical adventuring party. This series started as a light novel by Hajime Kanzaka in 1989 and has been going strong as a series since then. The 90s was dominated by the series in television and movies, and after a bit of a break came back to television for a few more series around 2008-9. Even today there is an ongoing manga continuing the tales of Lina Inverse and her motley crew.

And that isn’t to say fantasy stores are on the down and out in anime. The focus hasn’t been on your standard templates, but if one peels away the layers you’ll see it. I will argue with you all day that One Piece is such an example. Entirely built up fantasy world, fantastical powers border lining on magic, a team of diverse individuals striking out for nothing but adventure? Yeah, I’d say it’s a fantasy. And more overtly in that mindset is Fairy Tale. Strip away some of the more overt shonen trappings and you’d have something on par with Record of Lodoss War. So do your worst MMORPGS, for every Sword Art Online there will be someone rolling a die with real people which will start a path to another great sword and sorcery anime series. See? Bards are cool in any system.

Dean The Adequate is a 12th level wizard who does really stupid things with spells. He casts glitterdust on himself because it will “Make him look like David Bowie”. He creates an orb of liquid, magically turns it to gin, then sets it on fire and throws it at people. He was wrestled to the ground at one point and forced to take the lightning bolt spell just so he could get the party out of combat faster. Seriously, my handle is a stupid character story from D&D. I’m not sorry.

The Afterlife is Full of Elves 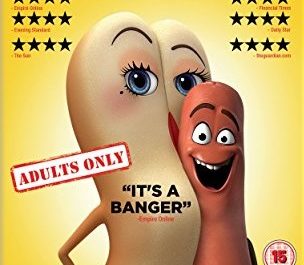 Why We Can’t Have Nice Things (Part 1) 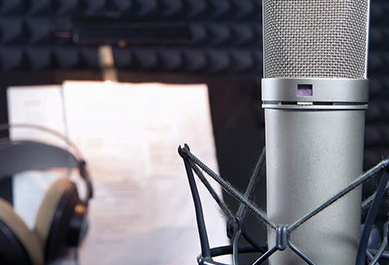