It’s no secret I’m a fan of Dungeons and Dragons.  I have spent, and still spend, a lot of creative thought processes about mythical beings, their societies, and how they function within different settings.  I’ve even participated in many games that have monsters walk amongst us for good and for ill.  It’s a fun mental exercise and a creative way to make your stories seem more real when you reveal the fantastical.  However, there is the temptation to just drop fantasy creatures into any setting, dust your hands and call it a day.

Anime has been dancing at both ends of this spectrum for some time.  Regular sword and sorcery anime tends to get a little ‘tell don’t show’ when it comes to monsters.  Any time there was a traveling scene to fight a monster there was usually a discussion on what they were, where they live, why they do things and then comes the ambush by said monster.  Which could be good fun, but certainly a lazy way to figure out how new creatures fit into a world’s makeup.  Now some of the stories that put monsters in the real world mixed things up from time to time.  Lum Urusei Yatsura pulls a DC comic reboot circa 1960 on us by making the demons of old a sci-fi space race.  Wicked City explained its premise about a demon world parallel to ours and the people who keep them safe.  Hyper Police tended to use its cop show framework to explain how the world had changed and how the new rise of monsters in society came along with it.  The 90s seemed to be going for building a more believable monster, but how they got there varied in quality.

Of course our protagonist, Kimihito Kurusu, is intertwined with housing as many of these monster girls in his home as possible, because some government agent has decided since people and monsters might bone, why not start with this Go-Nowhere-Do-Nothing that’s just like YOU, viewer!  It’s one of those harem anime where every girl wants to fall over our hero’s external genitals because he’s a nice guy.  Again, just like you, am I right?  The plots involve learning about each monster girl, accepting them as people, and then said monster girl falls in love with Kurusu.  The ham fisted world building isn’t needed, so they don’t bother.  Only holding up one principle in the stupidest way possible, if you’re tolerant then the people you tolerate will want to bone you.  Tolerance is something we could use more of, but it doesn’t need to be wrapped in one man’s quest on figuring out how to have sex with a snake.

But before that title took the ball and ran with it, there was an even less market driven form of explaining how the monsters of old get along together in a world just like, well, Japan circa modern day.  Centaur’s Worries AKA A Centaur’s Life was released in 2011 with an announced anime for sometime in 2017.  Unlike Monster Musume, this title is about a world where there is nothing but the supernatural creatures of old.  Angels, demons, centaurs and more live peacefully side by side.  The series involves the difficulties in such a society as related to us by a centaur named Hime.  The first issue tackled is sexual inadequacy!  Because that seems to be the first question on our minds when monsters live together, will they have sex.  In this instance Hime is concerned her vagina looks just like a cows.  Teenagers do have issues with changing bodies; we all did in some way or another.  But the solution decided upon is for each girl to look at each other’s vaginas.  And so they do.  It’s not sexual, but still this is the lead in story to this manga!  Everything else is kind of hum drum slice of life stuff people can’t get enough of now of days sprinkled in with facts on how this modern world the monsters live in works differently.  I guess since it was the first story it was a hook for the depraved, hoping they show up issue to issue hoping beyond hope yes, it’s time someone f***s the horse.

Well I don’t want the answer to that mystery; let’s see what else Japan cooked up when it comes to our friend the monster.  We’ll watch something from this winter season like Interviews with Monster Girls.  So in this series a biology teacher named Tetsuo Takanashi is going for a higher education degree by writing a paper on people who have the monstrous traits of old, called ‘demi’ as in ‘demi-human’.  In it we learn that the tales of our favorite monsters of old are mutations that were exaggerated to a degree.  For instance, vampires do need blood (but not much, and it’s provided by the government to avoid incidents), hate sunlight and have fast reflexes.  Everything else is pretty much made up details over the centuries.  Our hero bemoans the fact that he’s got the subject, but the population of demis in the world is very low.  But to his great fortune one teacher is a demi succubus.  And even greater luck, three female students are also demis.  One is a vampire, one a snow woman and one is a dullahan.  I do like the selection of monsters.  Having a rarity as a dullahan in the mix leads to a lot of interesting discussions on what it’s like having to live with the disability of having a detached head.  Honestly, the discussions about how these demis get along in the world are told in simple, personal ways and for what pretty much amounts to a slice of life anime, the fact that our heroines are all monsters make it an actual interesting slice of life anime.  There are a few gripes but the series hasn’t finished.  As expected each demi finds they have feelings for Takanashi and they range from trust, schoolgirl crush and outright love.  It’s handled well so far, but I don’t need schoolgirls falling all over their teacher.  It’s fairly chaste as it is right now; don’t spoil it by caving into otaku fever dreams.

So they can do a slice of life right.  Good, good.  Let’s check out Miss Kobayashi’s Dragon Maid.

I SHOULD NOT HAVE DONE THIS!  I guess a blind squirrel finds a nut every now and again, but look at this bizarre comedy slice of life… thing.  The basics are as follows: Kobayashi is a young woman who works in an office and gets in her cups deep one night.  Apparently she stumbled drunkenly into the forest and awoken a badly wounded dragon that had been transported to our world.  In return Tohru, the dragon, has agreed to become a maid to pay off some sort of life debt.  But that’s only half true because Tohru just loves Kobayashi.  This series annoys me to no end.

In the grand tradition of translating 4koma jokes into full-fledged anime episodes, anything interesting gets tossed by the wayside as only the most obvious jokes can stay.  The stories are circular: there is some sort of difficulty in the fact that dragons walk amongst us,  living with a dragon is just too weird, or Kobayashi proves that deep down she’s a nice person, not just a bitter office worker.

Then gaggles of dragons posing as humans show up BECAUSE REASONS!  Granted, they don’t live with Kobayashi or decide that because she’s nice she must be an object of affection.  Still it would be nice if we didn’t have to suspend so much disbelief when something happens with bystanders around, but I guess it’s OK because it’s “wacky”.  Every once in a while the series pulls a split second joke that gives me pause but that’s about it.

So here is my dilemma, the anime and manga industries can have the idea that we’d like to learn how monstrous types can integrate into a society. However, it has to be with either a side serving or slathered in the sauce known as sexual tension.  But why?  The better parts of each of the above series have been as we learn about how this world deals with the idea that monsters walk among us from a personal perspective.  It’s an interesting idea that can stand on its own without asking the audience if they’d like to make out with a mummy.  I’d like to see more shows where the monsters of old do more than just live beside us, play up the powers, do something action filled.  Putting a vampire in a series without it having an internal struggle and perhaps using some good old fashioned vampire powers to put a big hurt on other monsters is always a hit.  So something like that, only put any monster in the place of the vampire.  Possibilities are endless.  You’ve done it before Japan, you can do it again.

Dean The Adequate has decided it’s time to resurrect the idea of having comedians “meet” famous scary monsters.  Then he remembered how comedy movies are made now of days and figured the entire movie would be about how crazy the monster is when it’s high.  Now he did start to get the funding together but it stopped waaaaay short of what he needed when he had his epiphany.  Long story short: does anyone have a job for a half-baked chimera that has dreams of being the next Seth Rogan? 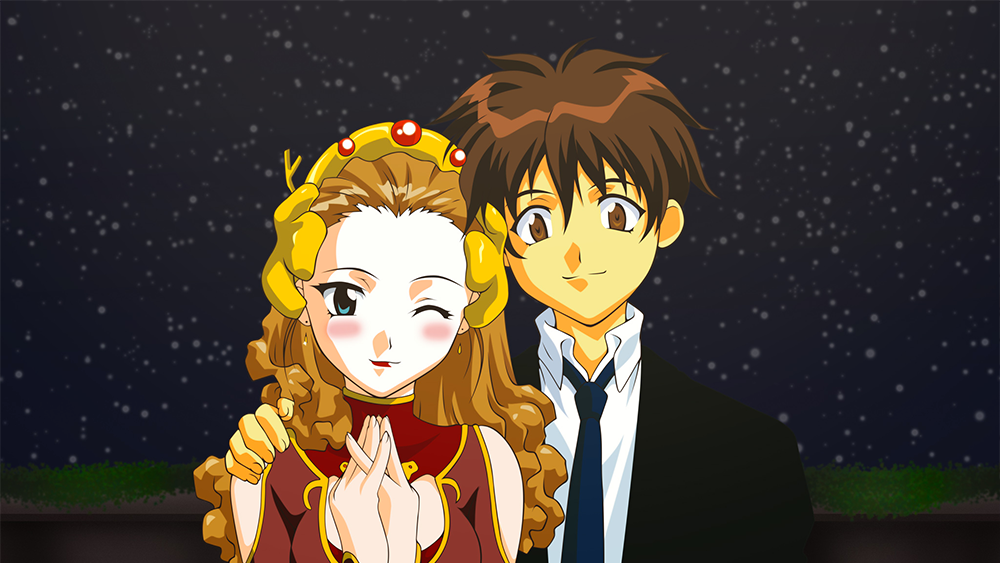 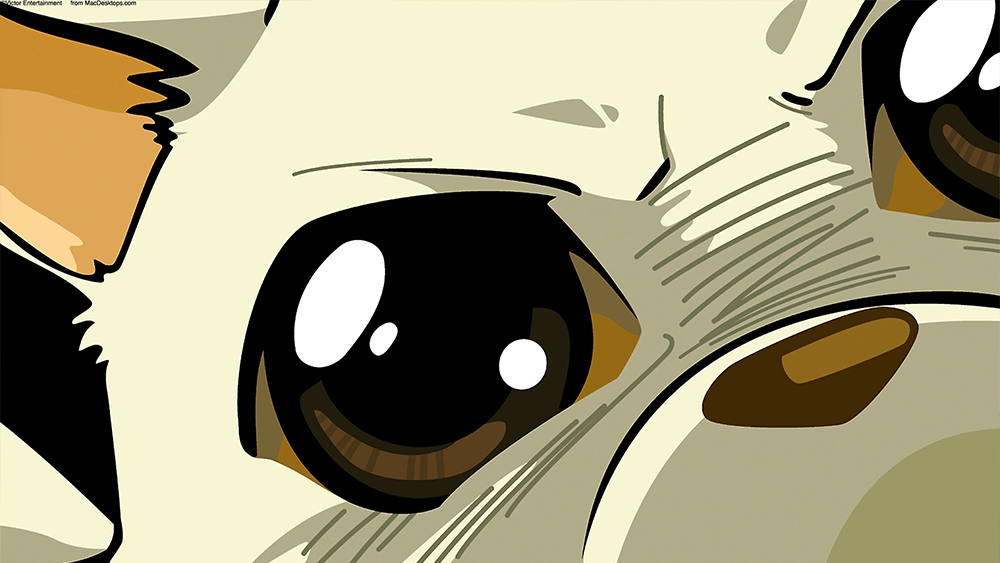