A review/Opinion by Christopher Kinsey

It’s that time of year again.  The threat of a new school year has come to term, heat gives way to chilly rain, candy aisles lamely hold back encroaching Christmas displays, and we place pumpkin spices in places pumpkin spices should dare not go.  It is also the best time of year for horror movie fans to tell you all about how the horror genre is either stagnant, dead, or coming back.  I have never been one for horror flicks, usually because I’m a product of the 80s and horror was big, full of scary practical effects, and I was a pretty timid kid before I hit double digits.  When my father would watch Ghostbusters on VHS I remember hiding behind the couch pretty much any time anyone was slimed, and probably for the entire ending from the transformations of Rick Moranis and Sigourney Weaver onwards.  When I was older I tried out my friends favorites, only to find them not my kind of horror.  They weren’t scary, just violent really.  And then there were the constant amount of sequels to deal with, I just couldn’t get into it.

That isn’t to say I hated all of it.  I found Halloween to be good and the early parts of the Hellraiser series to be interesting.  But there was some crossover that was right up my alley, anime horror.  Any horror fan from the 90s would have a few anime titles in their collection, and they were usually a title from the directorial catalog of Yoshiaki Kawajiri.  His films have this kind of atmosphere that can define a lot of animation direction in the early to mid-90s with a liberal use of flashing effects and an evolved sense of speed lines to make his works seem more fluid without increasing frame rates.  This probably evolved from his roots working for the animation house Mushi Production from 1968 to 1972.  He watched Osamu Tezuka’s company go bankrupt then threw in with the then fledgling Madhouse.  In 1984 he had his break as movie co-director for Lensman: Secret of the Lens, which years later was the anime that made me want to seek out more Japanese animation.

Kawajiri’s style solidified as one of the three directors for the anthology film Neo Tokyo when he directed the middle piece: The Running Man.  If you haven’t seen it it’s because like Robot Carnival it hasn’t made the jump to modern formats, but with R.C. getting a new release soon I have hope the former will also find its way to a new audience.  With a Blade Runner vibe and thrilling racing sequences with death itself, Kawajiri’s sense of motion and storytelling began to shine.  The author of the original story praised this segment, and Kawajiri found himself in charge of a new feature length OVA movie based on Hideyuki Kikuchi’s Wicked City.

This film really set the tone for most of Kawajiri’s career.  Wicked City was about this cool fusion of science fiction and horror in very modern ways.  It goes on how there is another dimension existing right alongside our own where we get all of our monsters from, especially demons.  A pact is constantly renewed and renegotiated every few hundred years to keep the two worlds at peace, and to enforce this pact a group known as the Black Guard assume places in our daily lives, waiting for demons or humans who come close to finding the truth or breaking the pact.  Taki sells electronics by day, but wields serious hand-cannon at night to take down unauthorized demons that cross over.  He’s partnered with the beautiful Makie, an agent from the dark world disguised as a supermodel.  Both are tasked with protecting Giuseppe Mayart, mystic and professional 200 year dirty old man.  The set up in this film comes in at a break neck pace in order to put in a lot of horrific and gory imagery scene after scene.  Keeping exposition light and making the action stand out has been tradition in Kawajiri’s films ever since.  Critics in the US seemed to pan the subject matter, but applaud the animation direction feeling it lent itself to unique camera angles and kept itself grounded as if it was shot like a live action movie.

But let’s face it, critics of the 80s and 90s tended to thrive off of decrying horror movies of the time.  Kikuchi loved Kawajiri’s work, and persuaded Madhouse to have another novel adapted.  Demon City Shinjuku certainly had that same feel to its predecessor, but seemed to gain a lot of exposition.  Where Wicked City flowed from one scene to the next, Shinjuku faltered right after the iconic opening fight scene between the villain and our hero’s father.  If Wicked City was touted as Japan’s answer to Blade Runner then I could easily draw a big connection between this film and Star Wars.  Nothing but talk of our hero’s destiny, training coming from a wizened shrunken old man who can project himself in people’s minds and just so many glowing sticks everywhere.  And of course we get a heaping helping of everyone’s favorite quasi mythical power, the force.  I mean nempo.  Yeah that’s it.  Admittedly a lot of what is great in Kawajiri’s films are there.  The action is great; the world building is kind of cool and the backgrounds really up their game giving the feel of a Tokyo district besieged by powerful forces.

After this film Kawajiri directed two OVAs based on the manga Goku: Midnight Eye.  It’s one of those series that screamed for Kawajiri’s touch.  Just on fashion sense alone, shirtless protagonist with tie and coat?  Yup.  Bodysuit that looks like a two tone bikini over spandex?  Oh 90s kid please!  Stripper with a motorcycle seat and handlebars grafted to her back?  And she gets ridden into battle?  It is a blast to watch for all the wrong reasons.  This weird futuristic take on the legend of Sun Wukong and making him a detective is one of those examples of everything both wrong, and right with the anime of the 80s and 90s.  During this time he also wrote the screenplay to A Wind Named Amnesia and directed Cyber City Oedo 8o8.

In 1993 Kawajiri gave us what could be his most popular work.  Ninja Scroll was his first departure into a completely new story.  His own intellectual property, this movie is a revitalization of samurai era movies.  The plot follows like so many great ninja movies, or even westerns for that matter.  It’s a tale of revenge, treasure, honor and even love.  Jubei makes a great model of an anti-hero.  He is reminiscent of the Man With No Name, walking into a situation with powerful enemies he wants nothing to do with, only to find he has to because he is drawn to do the right thing over time.  And come on, with a name like “The Eight Devils of Kimon” you know you have a fight card the Wu-Tang clan can be proud of.  The only shame about this film is what we’ve done to its legacy.  Between the lame TV series in 2003, a sequel that’s been in production hell for over a decade, the attempt by ADV films to market Ninja Resurrection as sequels and a live action movie that has a lot of good backers but no forward momentum.  At least we can appreciate this film if nothing else good really comes from it.  There is a reason it forms part of the 90s anime holy trinity of films, along with Akira and Ghost in the Shell.

After this film Kawajiri took on some smaller productions including a segment for The Cockpit anthology, Biohunter and a personal favorite: Birdy The Mighty (NOT Decode!  I want to make that perfectly clear before I move on.)  This led him to the project he was practically created on this planet to make, the sequel to Vampire Hunter D subtitled Bloodlust.  The original film certainly had the right kind of look, but so much of it seemed out of place or perhaps as the original author noted, “Cheapness” about it.  Kawajiri labored on this film for three years, and it shows.  Both Japanese and US fans had demanded a new D film for some time, and it was worth the wait.  It actually premiered in the US to a mere six theaters.  Unfortunately it also premiered not quite two weeks after September 11th.   Not surprisingly it didn’t do well.  It really is a quality title that I will go as far to say is on par with Ninja Scroll.  But the story of the Vampire Hunter D films is a tale for later.

But Kawajiri was already at work on his first TV series.  The television adaptation of X/1999 had his guiding hands and it shows.  Kawajiri’s strengths and a television’s series length did wonders for CLAMP’s tale or world ending bishies.  While this was before the great noodling of CLAMP’s designs, Kawajiri’s production gave the characters some real weight to their designs, perfect for the action that wasn’t able to be touched on in the quick paced and rather shoddy film of the property.  While it’s never been a favorite of mine, I can see where some people debate if Kawajiri’s version might very well be better than the original.  But I have no dog in that fight, and that ship has sailed.

With so many projects under his belt, and his work as storyboard artist for many other Madhouse productions, it’s easy to see why he has slowed in full blown director credits.  He did some of the better segments in The Animatrix and Batman: Gotham Knight and directed the only other Highlander film I accept as canon, The Search for Vengeance.  This film is a great cap to this director’s career.  The subject matter, of a duel of fates between two immortals over the centuries, was just made for Kawajiri’s talents.  Spanning over 200 years in history, Kawajiri treats the Highlander universe as his playground, with flashbacks galore to the past as Colin MacLeod and Marcus Octavius clash in the horrific apocalyptic future that made his first films an anime fan staple.  I would rank this film, Ninja Scroll and Vampire Hunter D: Bloodlust as the three must see movies of his productions.

You can still see Kawajiri’s influence in many projects that come out of Madhouse.  Any time you see one of those anime titles based on a Marvel comics license has a dash of his design and motion.  Just one of those echoes from one of the greats of anime.  While a new fully directed project from Kawajiri would always be welcomed by me, I’ll certainly understand if it never happens again.  I’m more than satisfied with the results, thank you sir for the entertainment.

Dean The Adequate will willingly let you stab him for an elusive copy of the original Birdy the Mighty DVD.  OK, maybe not stab for real, but will get you as close to the bloodspray, flashing lights, gargled screams and warped facial expressions as a real Kawajiri production.  Or he’ll trade you some stills from the part in Johnny Mnemonic where they store encrypted data in the opening scene from Demon City Shinjuku.  Yes, I know… I’ll have better luck with the stabbing deal. 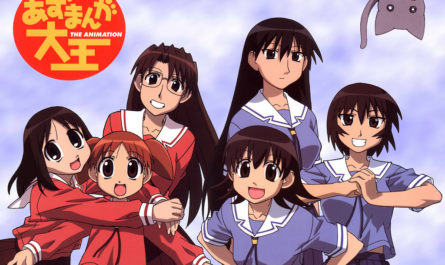 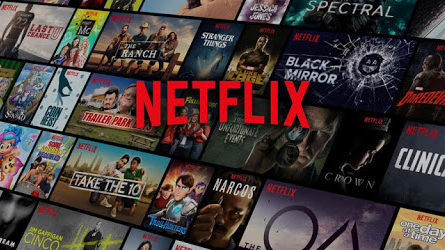