How shameless! Harenchi! All these critics… What’s wrong with you deplorable degenerates?Always viewing anime’s wonders through the narrowly defined lens of your salacious sensibilities. Is your mind’s eye’s depth of field so wantonly fixated on all that is the female form that you absolutely cannot peel yourself away from your cynicism for a single moment? You have missed the forest for the trees, my friends. Why must you persistently call attention to the alleged “boobs” and “panty shots” and “molestation”? Ah, but perhaps this is the fabled “male gaze” that has kicked up such a furor amongst anime puritans. Tsk, tsk. You swath yourselves in moral indignation to disguise your own wandering eye and willfully insulate yourselves away from the touching snapshots of humanity that anime regularly provides. Bah, away with you! I’ve no time for your acid remarks. Misery loves company, after all, and I shan’t let you have mine!

Like the majority of anime fans out there, however, I, Prottaku, am a TRUE Japanophile. This is why my heart sings and dances for joy at the prospect of finding yet one more animated gem to add to my growing treasure trove. Like a Tibetan monk attaining enlightenment, my eyes were opened wide once I discovered the understated masterpiece, Haganai. I know, I know, “Haganai” is its slave name, and its real title is Khalid Sheikh Mohammed 僕は友達が少ない (Boku wa Tomodachi ga Sukunai), but I think it’s time we reclaimed the label from the filthy West and its futile attempts to subjugate all the world’s literature through Romanization. I mean, for heaven’s sake, ethnocentric much? Just leave the rest of us alone already. Especially Japan, because it’s better than your country. If it weren’t, we wouldn’t have Haganai and everything it represents.

“What does it represent?” inquires the curious reader. I’m glad you asked! Haganai is, at its core, a story of friendship, a topic rarely explored in anime. So quiet, so subtle is the show in its depiction of true, real life friendships forged during one’s youthful years that it will surely fly over your head the first time you watch it. I am no different, of course, which is why I made sure to carefully study each and every episode frame-by-frame without blinking for three days straight. The profound nostalgia I felt as I watched the cast create everlasting bonds with each other can be matched only by the acute, searing pain burning behind my corneas.

But you’re skeptical, aren’t you. Hush, don’t say a word. I can tell. You’ve been burned before by other, lesser anime series, and now you’re afraid to trust again. I get it, maaaan, I get it. Remember how, in Death Note, Yagami Raito somehow –unrealistically – found himself a retinue of cute, hot babes at his beck and call? It was as if it was some sort of harem or something. Just ugh, how much sleazier can you get?! Or like Nodame Cantabile, where the two lovebirds went to further their classical music career by studying abroad in Europe instead of staying put in Japan? Unforgivable race traitors. But rest assured, Haganai isn’t like that at all! Tell me, can you go wrong with such a hunky dreamboat in the leading role? Hey you! Eyes up here, buster! His name is Kodaka and he is a person, thank you very much. Sigh, looks like you’ve done it again, Kodaka. You’ve captured another flag. Well, since we’re already here, you may as well give them what they want. Go on, give ‘em another angle, you swole son of a bitch.

P-perfectly – chiseled – abs –! That’s right ladies, check him out, drink him in. Drink ‘til you’ve had your fill. All done? Good.

Kodaka is just a normal high school boy (weren’t we all at some point in our lives?). Tragically, the man is ostracized because his blond hair – courtesy of his late English mother – misleads others into thinking he is a delinquent. You’d think his natural good looks would net him admirers left and right, but kids can be so cruel. As everyone knows, however, humans are not meant to be alone. We’re a very social species! Thus, human nature wins out and spurs Kodaka’s grand quest for tomodachis (needless to say, I will refrain from substituting the term with some inferior Americanism, since there’s no proper direct English equivalent). Naturally, it’s only a matter of time before our protagonist meets a kindred spirit: There we go. This is Mikazukki Yozora. She too is a social outcast. It’s almost poetic that two souls, wayward in their lack of tomodachis, find each other like this in the same academy. Though I suppose that’s being a bit unfair. How could I forget? Kodaka did have a tomodachi once. Ten years ago, he had a childhood friend whose name he has long since forgotten. But can you believe it? Yozora was his childhood friend all along! Amazing! It’s like some kind of… miracle. Ah, what am I saying? That’s what anime is, is it not?

Anime is a place where miracles happen~ Speaking of which, the mother of all miracles descends upon us. Kashiwazaki Sena, AKA “Best Tomodachi.” Oh no, look at me, making introductions as if the readers don’t already know who she is. Don’t be coy, you were simply ticking down the seconds until she came up, weren’t you. Everyone already knows how perfect Sena is: super smart, good at sports, and totes gorgeous.And why wouldn’t you? You’ve seen all the doujinshi, haven’t you? You couldn’t miss ‘em if you tried~!

Sena’s a tad bit resistant and tsun-tsun when we first meet her, naturally, but through Kodaka’s unrelenting strength of will…

…he is able to successfully bridle her with no problems and bring her into the fold!

Together, the trio opt for the most obvious solution to their woes and form the world famous Neighbors Club, whose top mission is to help its members make friends. Throughout the course of the series, the club gains new members, like super genius inventor Rika and the gentle maid Yukimura. Of course there is: six girls adoring you!

Hahaha, I’m just joshing because I know what you’re thinking. You’re thinking that it’s strange that all the club members besides the main character are all nubile girls. Well look again! Yukimura, the sensitive member in the meido outfit, is actually a man. Take that, preconceptions! But that’s not all: one morning, Kodaka walks into the clubroom as is his usual daily routine… …and finds himself a loli! Wow, what are the odds?! And, c-could it be, she thinks of him as a… a big brotherlyfigure of some sort? Uh-oh, that could cause tension between her and our male lead’s real imouto. Now, you might think that no guy could be so lucky as to have two starry-eyed little girls bitterly competing against each other for his affections and occasionally disrobing themselves to show off their birthday suits…

…but these things happen. People come, people go; some things stay the same, and some things don’t; and every so often, your imoutos strip themselves down for you. That’s life.

And since we all have to share this life together, we must try to get along by making sure to regularly show our appreciation for our tomodachis’ good points. Of course, our tomodachis should respect who WE are, in turn. Plus, remember to always, always do what a real man should and protect your newfound friends whenever they’re in a bind. They may be colorful bunch, but they’re your tomodachis. Defend them at all costs! Obviously, it can’t be all fun and games every day. There will be misunderstandings… You’ll have to allow them their personal space during these difficult times. The important thing, however, is that you eventually come to forgive each other.

If you can look inside yourself and learn to accept these simple but essential truths to living your tomodachi life, you can finallyfree yourself. Overly high expectations, peer pressure, times of crises… Nothing can keep you down. No wind, no rain… No winter’s cold… That’s right, you know how this goes! If your friends are in trouble, you’ll be there on the double, ‘cause baby, there— …oh, um, ahem. S-sorry about that, everybody. I seemed to have become overexcited and lost control of myself for a moment.

Anyway, as I was saying, the life lessons bestowed on us by this magnificent anime should not be ignored. And last but not least, even while Haganai is allowing us deeply insightful commentary into the intricacies of human relationships, it still finds time to crack some jokes! And what funny jokes they are!

Not only is the anime self-aware, it knows exactly what to reference to get us grinning from ear to ear. Has there ever been another anime so perfect? After such a transcendent experience, the second season can’t be playing on my monitor fast enough! 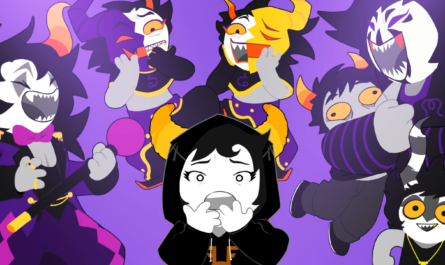 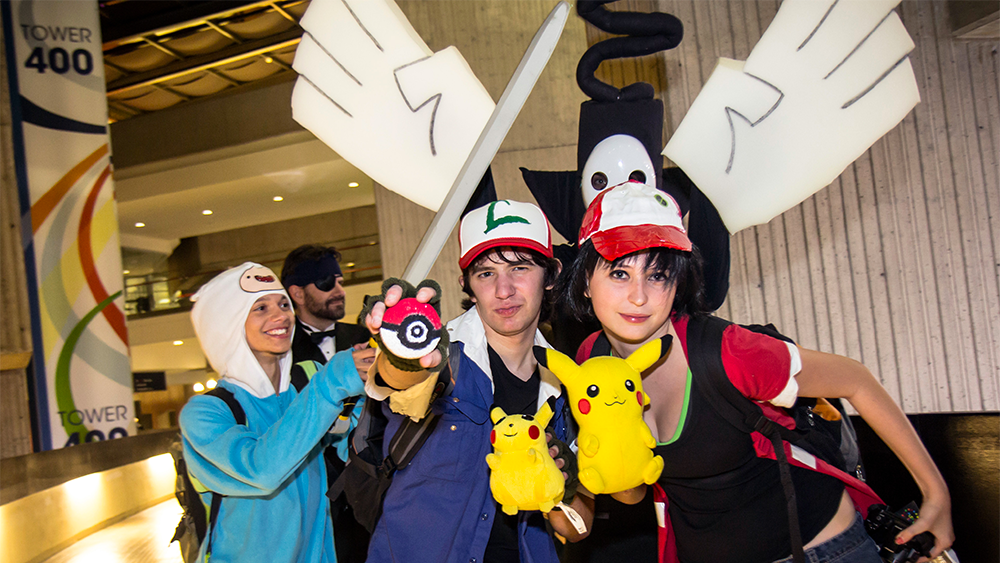 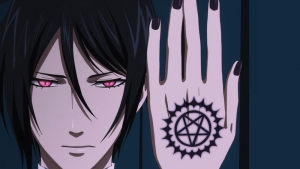 Protagonists to Villains: Anime Heroes That Would Rock as Villains