There has been an absolute slew of cooking related anime of late, and I figured it would be nice to get into the swing of things by watching them and remembering my days slaving over a hot stove. This series began life as a standard humorous four-koma strip. However, instead of setting this in a Tokyo high school filled with quirky teenage girls, it is set in a Hokkaido family restaurant filled with quirky young men and women… and admittedly, our protagonist and four others are in high school. Points for trying, I guess. Of course, it does make sense that this would be a part time job for high school kids, so I can let the casting slide.

But every character has a distinct quirk, at least. It’s not much, but in any anime based on a four-koma this is a standard gateway to easy comedy. Our main character, Sota, is a studious young man who really loves small and cute things, this can lead to mix ups with that old “hilarious” chestnut: accusations of pedophilia. Popura is a year older yet short enough to be confused for an elementary school kid, so already we have what the Japanese pass for chemistry. Inami had androphobia and violently punches men when they get too close, Kyoko is a lazy and apathetic manager, Todoroki carries a katana at all times and is infatuated with Kyoko, Sato is the intimidating but kind hearted chef, Soma is way too knowledgeable of people’s personal information, and Yamada is an idiot who has run away from home and lives in the attic of the restaurant. These are all pretty basic setups for standard Japanese bland comedy, and yet something strange came out of it.

Most formulaic four-koma comics are in it to produce a gag. Just like American newspaper funnies there is little connecting story when it comes to the comedies, but then Azumanga Daioh hit and gave everyone those gags and something more., something resembling some actual human interaction and feelings from their characters. For years everyone has been trying to capture that lighting in a bottle again, and a great many have failed. Many either try to produce a cute and popular roster and neglect the humor, or they ramp up the humor and make their characters utterly flat and weak. In this anime the secret formula, actual advancement in the relationships, is presented. Admittedly, only to a point, but any sort of advancement is short of a miracle now of days when everyone is trying to make the one anime that always resets to the status quo when it comes to comedy or slice of life.

For instance, Sota takes the androphobic Inami under his wing and slowly works with her to get her fear under control. Over time this develops into feelings of love for both of them and leads to and overall sense of a real relationship forming. Granted with the quirks and misgivings both characters have in their makeup leads to comedic moments and false starts, but to have relationships develop in the framework of what is normally cheap gag comedy makes for a breath of fresh air on the anime landscape. And in the framework in the show there are more than just kids running around, there are actual authority figures. Yes, they are ineffective at times but they are fully realized characters in their own right and in their own way are able to help teach these kids and move the plot along when needed.

On top of all that the series doesn’t delve into cheesecake. Eight episodes in I was warned that a hot springs episode was cropping up, and being that I’m not a teenager in the time before fast internet anymore such ideas fill me with dread more than excitement. However, I was pleasantly surprised when the episode revolved around the trip rather than wallowing in the bath. Even the style of dress for the waitresses shows considerable restraint when the trend for waitresses in Japanese style family restaurants are under the “Anna Miller” style or emphasizing the bust and shortening the dresses.

The artwork is simplified for the turnaround of a show like this. It’s a rather calculated risk on doing something even a little different in today’s Japanese TV markets so it shows that the animation was cut a little. However there are always bright and shining moments where saving some of the budget makes for an impact. Pivotal scenes are lavishly decorated in comparison to the plainness of the initial setting of the restaurant. And in the final episode there is a really well rendered and fluidly animated scene of Inami getting ready for a date. The cel rate is comparable to fine anime movies produced by Miyazaki or Otomo. For that fleeing moment you felt not just the advancement of the story, you felt the actual breakthrough of the character against her own fears and that she may just finally be on the path to healing herself.

Granted, this is in the same series where Sota has to dress up like a girl from time to time in the time honored rule of hilarious Japanese crossdressing which has been left over from the days of You’re Under Arrest. But even that isn’t overdone. This series knows when to show restraint, and even when to switch gears to keep things fresh. Sometimes we cut away from the action at the restaurant to look into Sota’s personal life at home. He’s the second youngest of five siblings and the only male. They’re all tall (to the point of his younger sister who is in elementary school catching up to his height) and have their own quirks that set them apart from the main cast. It changes the dynamic about the story enough to keep everyone interesting and the audience interested. No small feat now of days.

Wagnaria!! is a step in the right direction for light comedy in Japan. Understanding that jokes need to be character driven, and characters need purpose is a dying art. You don’t need endless pillow slipcover ideas to keep a series interesting. Sometimes a series just has to be relatable while being wacky. Yes, even this series is guilty for stooping to crossdressing and innuendo at times. But when done right you don’t have to lower the bar at all. Just rely on character growth and you’ll have something watchable. 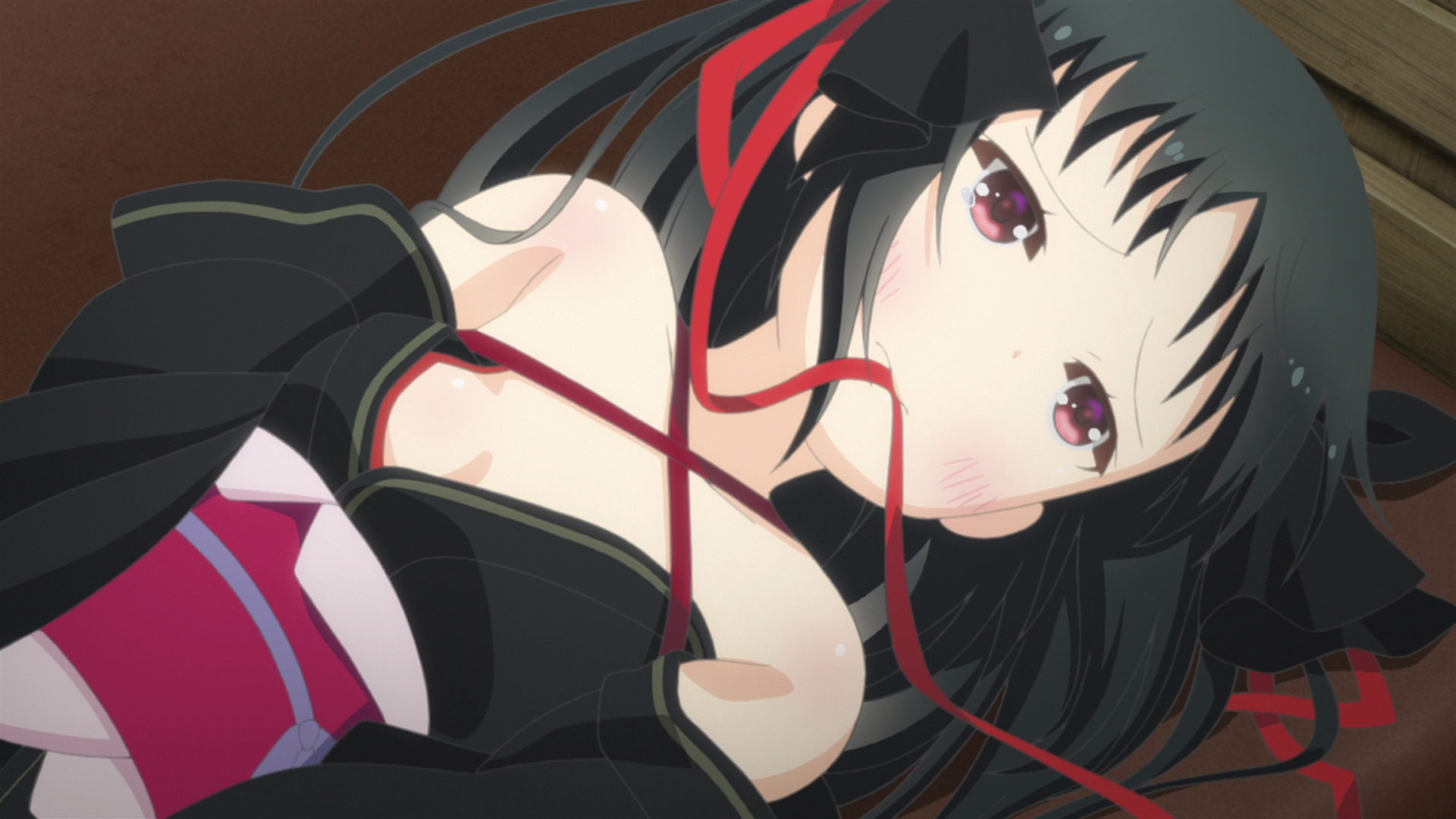