Romance anime!  The confusion, the misunderstandings, the idea that you have to stretch out attraction to a mythical point of a love confession is just… just terrible.  I know some people like to be strung along like this, mostly because my wife is a romance writer herself.  However, when you translate this to a visual medium it’s really, really hard to convey this progression when you have to extend it out over a series.  Movies seem to do just fine in about two hours, but over 12-24 episodes?  Sure, there is harem style anime that fills the gap of a romance with a buffet of other love interests but this is not one of those series.  If I were to compare it to a series that hinged on romance I’d say the relationships resemble an older series called Kimagure Orange Road.

Huh, gamers rose up and got those girlfriends they demanded then…

But what’s it all about then?  Well the backdrop to our love story is the video game scene in Japan circa the 90s.  Haruo Yaguchi is the epitome of the video game nerd of the time, only possessing skill at the arcades.  At the end of his elementary school days he is beaten at “Street Fighter II” by a Zangief master that is… A GIRL!  Akira Ono is a popular rich girl who never speaks, only conveying her thoughts through expressions, gestures and the moves of a video game.  This series follows their friendship and blossoming love over the years with the trials and tribulations along the way.  The contrived, stereotypical trials and tribulations of a half-baked romance anime. But I’ll get to that in a bit.

You, female… I have replaced you with this.

Let’s talk about the unique setting.  The 90s is a weird place to think about setting a “Retro” piece of entertainment, but here we are, getting older… Anyway, the Japanese video game scene of the 90s was unknown to many video game fans beyond announcements for new games and some sparse articles in video game magazines that focused more on “Oh these wacky and cool Japanese products” rather than actual video game culture.  That’s the interesting thing about this anime.  It’s like a time capsule that shows how video gaming used to be in Japan, in both the arcades and at home.  The console wars were different, the gaming magazines were different, and even the way different games were viewed are really interesting discussions in this series.  Our hero, Haruo, is constantly talking about these things to our mute leading lady which lends itself to this great exposure to the video game scene of yesteryear.  One of the more interesting points is how full arcades were viewed as dens of degeneracy and corrupting the youth at the time.  Nothing to the full on “Destroy the pinball machines” that we got up to in the USA, but certainly teachers patrolled these smoke filled dens finding their students and punishing them for tarnishing the name of their school.  It was also interesting seeing how video games popped up in various places in Japan, like drug stores, candy shops and just about anywhere someone could shoehorn in a machine to make off with a lot of pocket money.  If you’re interested about these aspects of old Japanese video gaming culture, this series might be worth a watch.

However this seems to be the only thing going for it.  Haruo’s tale of video game geekery and the friends he meets along the way is pretty much tied to his relationship with two women.  Akira Ono, as mentioned before, is a true rival in his eyes.  A girl who beat his mastery of Guile and since that day the pair have wound up playing games ever since.  Akira, being of a high born richie-rich family, has a tutor that will relentlessly stamp out all this girl’s pleasures in gaming simply because it might interfere with her training.  There are many times in this series where the main focus is to simply find Akira some time to game and blow off the stresses put on her by her domineering family.  When Akira is removed from the picture for some time the series introduces Koharu Hidaka. This is a girl who drifts through her life, unsure what to do, until Haruo shows up and has her try some video games her father installed outside the family’s shop.  She gains some serious gaming skills and falls for Haruo over time.  This isn’t so much a love triangle as it’s a kind of love, eh, angle because both of these girl’s affections are deftly avoided by the daft Yaguchi because above love, the rivalry of the video games comes first.  This boy is so slow Akira’s sister shows up to make him not only encourage Akira more, but gives him a copy of “Tokimeki Memorial” to show him how falling in love and dating works!

Anyway, let’s talk the nuts and bolts.  Square-Enix published the original manga and certainly helped out getting the video game industry on board, lending images and whatnot to give the series some serious nostalgia pop.  Netflix footed the licensing and J.C. Staff pushed out the animation and… oh dear.  J.C. Staff’s quality kind of wavers all over the place and I’m ashamed to say that this series is certainly a dropped ball.  The backgrounds and feel of the setting is great, with special care and attention given to the arcades of course.  The characters however seem really rushed and cheap.  There is a 3d software at play here and the characters just are not detailed enough to be believable in what seems to be a rich world.  The goofy antics are pulled off OK, but any time we have to have believable characters either the characters themselves are a bit over the top, or the rendering of the characters are too inhuman to give them personality.  Series director Yoshiki Yamakawa has a great history of series under his belt, including the stunning Mushi-Shi, and he directed the rather good looking Is It Wrong To Pick Up Girls In The Dungeon?.  Sadly I theorize that the licensing fees for the huge variety of video games referenced in this series ate too much of the animation budget, so we get something that looks like something out of a 2002 video game budget cutscene rather than a 2019 anime.  Which, all things considered, could have been taken a step further into awesome if they rendered it like a 1995 video game cutscene instead.  So meta.

Why do we feel it’s necessary to yak about bull s**t in order to be comfortable?

So in short, this series is an interesting look into a video game culture parallel to our own, but for a love story it’s purely a Japanese original.  I’d say unless you’re really into video games, give it a pass. 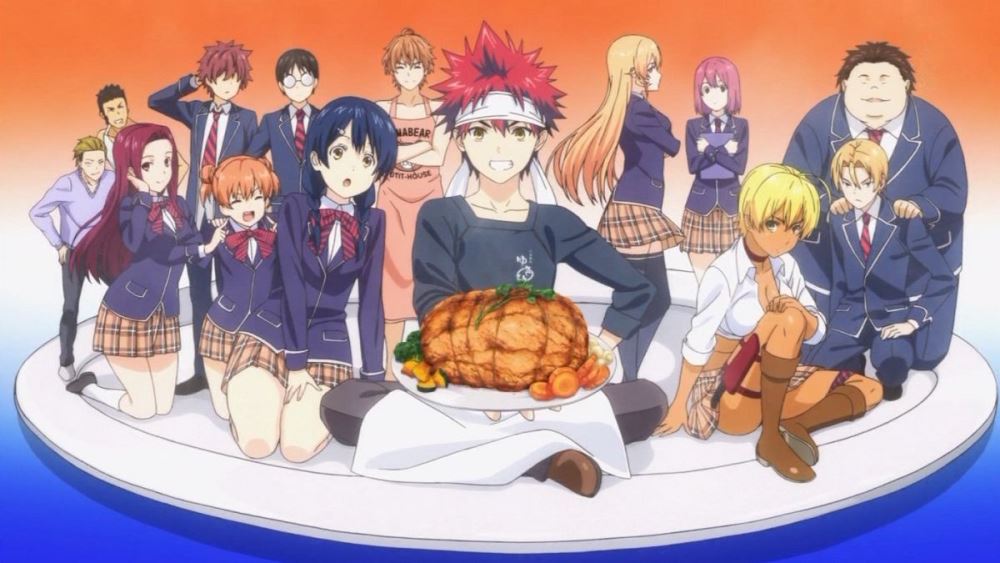