I have never worked a day in an office my whole life.  So regrettably I can only superficially relate to this series.  And honestly, it’s the kind of anime series I never thought I’d see.  Sure, the eleven to fifteen minute comedy format does happen from time to time in Japanese productions, but from Sanrio?  One wouldn’t think “edgy adult comedy” would come from the house Hello Kitty built, but honestly it still isn’t edgy.  I’d say it’s about the level of edgy the average Japanese comedy could hold in this manner, I think, but still this is quite an interesting experiment.

Retsuko is a 25 year old red panda office worker who keeps her sanity against the daily grind by singing death metal.  She has a crappy pig boss, an analytical fennec fox for a best friend at work, and looks up to the women who have real power at the company, played by a secretary bird and gorilla.  It’s a setup for the core joke, which is Retsuko experiencing a dose of relatable day-to-day pain then singing her heart out about it in the safety of a karaoke room.  Now this series began life as that simple one note joke.  There are 100 one minute shorts featuring Retsuko getting a dose of pain, then singing the pain away.  Fortunately for the world at large Netflix asked for a series and it greatly expanded on this premise.

If Zootopia didn’t make you furry maybe this will finish the job?

Instead of simply being about a simple gag per episode, each episode does dovetail into another.  The theme of this season is escape.  Five years in the office life never turned out the way she hoped.  After the first episode establishes Retsuko’s peculiar habits, every subsequent episode focuses on different ways to end her employment.  Such attempts include an idea of joining a friend’s new import goods store, getting married, and using work connections to stifle her boss’ unreasonable demands.

Honestly the story itself is rather normal.  It’s very Sanrio in the way it has this sort of conventional baseline that anyone can relate to.  You don’t become such a big company by appealing to a small number of people, and you don’t stay there by rocking the boat.  Other than Retsuko’s nightly outlet of her emotions the series is kind of bland.  There are some interesting weird moments, like the… I want to say it’s a camel? Llama?  Anyway there is a yoga instructor that does nothing but muscle toning while chanting “Protein” then going on spirit journeys to unlock Retsuko’s secrets to her friends making her a better person.  You know, as one does.  And then it delves into things like office dating pools, calculated adorableness to get ahead in the world, office parties and their importance to the Japanese office.  Some bits work out, especially when they come out of nowhere.

Limber up! Next stop is some Deviantartist’s nightmare fuel!

Honestly if not for the novel idea of these cute character designs huffing and puffing around regular Japanese workplace life there wouldn’t be much interest.  Most of the time it’s the standard Japanese joke beats that don’t do so well to English speaking audiences.  But studio Fanworks keeps that respective charm that Sanrio is known for.  Crisp, thick lines on a cast of distinctive characters oozes personality and holds together this show where gags might not.  One of the more appealing aspects for me is the exploration of Japanese work culture and comparing it to the US.  While I haven’t worked in an office setting, it’s interesting to see how the power structure deviates.  Even the office layout is of interest for anyone who might not know how a Japanese office differs from our own.

We all know why this series is made. You can only buy My Melody stuff for so long…

At about a two and a half hour run time for the entire series on Netflix, you could do worse when it comes to something light to while away the hours, fold socks, or get pumped about your own work troubles.  The trick is to try and find something you can relate to in this series because laughs will be merely a polite chuckle.  Sanrio would have it no other way.

Rage on Retsuko… But not too much now.

-Off the wall moments that will grab your attention

-Still kind of revolves a one note gag 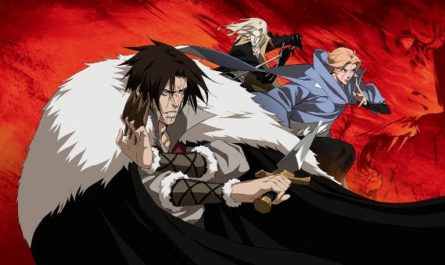