I have something of a love/hate relationship with female characters in anime. On the one hand, the medium is saturated with women that serve as little more than fetish material, as well as saucer-eyed girls devoid of any significant personality traits. On the other hand, it has produced some of my absolute favorite female characters, from One Piece’s Nico Robin to JoJo’s Bizarre Adventure’s Jolyne Kujo – real characters with agency who grow and develop with their respective stories. So whenever a show like studio Manglobe’s Michiko & Hatchin comes around – with a cast and a premise that look to defy stereotypes – I’m always intrigued.

But before I delve more deeply into what makes Michiko & Hatchin admirable, I feel I should elaborate a bit. I tend to be more interested in whether a character is compelling than whether we share certain body parts. Now, that doesn’t necessarily mean that I think a character’s gender should never have any influence on how a story plays out. As an example, The Silence of the Lambs’ Clarice Starling is interesting because her experience as a woman in a male-dominated field lends her unique insight into the string of female homicides she’s investigating, which is essential to the plot of the movie. I appreciate when creators consider what a character being female might mean for the story they are trying to tell, not when it feels like they are just trying to check off a “strong female character” box. But even then, for a considerable number of modern western media creators, the go-to method for writing a “strong female character” is to have her constantly remind the audience (in no subtle terms) of how strong and independent she is – that, or she’s a deadpan snarker. This approach might work for some, and that’s fine. But it usually leaves me with a sour taste in my mouth, especially if it’s my first impression of a character. In contrast, I was almost immediately captivated by Michiko, who bursts into a house on her motorcycle to “rescue” Hatchin in the anime’s first episode.

Now, I know I just said I don’t particularly appreciate when female characters are too overt about how extreme they are, and indeed, there is little that is subtle about Michiko’s character at first glance. But the thing is, Michiko is flawed. She might be brave and resourceful, but she is also crass, blunt, and shockingly quick to fly to violent action to get what she wants. All that is “badass” about her is tempered by her less positive qualities. By comparison, a good many “strong” female characters in both western and eastern media often lack meaningful flaws; the snark and attitude are there to accentuate how cool and aloof they are, and rarely do these traits say anything deeper about the characters themselves. As strong as Michiko is, she comes packaged with all the acidity and hang-ups you might expect from a woman who’s been in jail for years – in short, her attitude makes sense. It’s no surprise, then, that Michiko clashes loudly and often with the more level-headed and polite Hatchin.

That’s the thing, too – if Michiko & Hatchin were crammed with female characters just like Michiko, I might roll my eyes and accuse the writers of trying to compensate for something. Mild-mannered characters like Hatchin serve as a useful contrast, and are in some ways more interesting to watch grow as the story progresses. How would someone like Hatchin – sheltered and abused for so long – survive on the road with someone like Michiko? That is the question that propels this series in more ways than one.

Through an interplay of flashbacks and present day scenes, we learn that Michiko Malandro has escaped prison to search for Hiroshi Morenos, her former lover and the father of Hana — or, as Michiko soon dubs her, “Hatchin.” We pick up with Michiko’s story as she hops on her motorcycle with Hatchin in tow to seek out the elusive Hiroshi, and as the show goes on, we learn more about her connections to the criminal underworld, her history with Hiroshi, and the enemies she’s made along the way. Notably, Atsuko Jackson – an old friend of Michiko’s who has since become a policewoman – and Satoshi Batista – the current head of the Monstro Preto gang – serve as the most stubborn roadblocks separating Michiko from her old flame, and for various reasons, these two eventually become embroiled in the search for Hiroshi as well.

Directed by Sayo Yamamoto, who also headed The Woman Called Fujiko Mine and, most recently, Yuri!!! on Ice, Michiko & Hatchin is not only notable for featuring a primary cast of female characters. The show takes place in a fictional country obviously based on Latin America – Brazil in particular. This allows for quite the diverse cast for an anime, without it seeming like the creators are trying to meet some kind of arbitrary quota, as well as visually interesting settings and scenarios. Michiko & Hatchin is generally a joy to look at, both when it comes to animation and backdrops. The character designs are also memorable and sometimes striking, with Michiko and Atsuko as standouts. You’ll notice early on that Michiko often wears clothing that accentuates her figure, and she isn’t naïve about the effect she has on the men she runs across. I could see people taking issue with this, but Michiko’s sex appeal isn’t so much an excuse for fanservice as it is an aspect of her personality. It’s yet another tool she uses to get what she wants, and it is not accompanied by typical anime perversion (I’m looking at you, Kill la Kill). One can be sexy and capable, after all.

Interesting to note is that Shinichiro Watanabe (of Cowboy Bebop fame) served as music producer for the show. This is perhaps why Michiko & Hatchin possesses a fair share of superficial similarities to Cowboy Bebop, such as the jazzy opening and the musically themed episode titles. The anime is also episodic in nature, with plenty of stand-alone stories that nonetheless connect the dots, if in a sometimes haphazard manner. If Michiko & Hatchin suffers from anything, it is this sense of meandering – some of the interludes are more interesting than others, while some are harder to slot into the overarching context of the story. This doesn’t completely throw the show off track – the search for Hiroshi is a bit of a wild goose chase – but it may leave you wondering when the main plot threads are going to pick back up again.

At first blush, Michiko’s quest might seem like just another “lovestruck girl chases after boy” tale. This is short-sighted, though, and it’s worth considering the portrayal of the mysterious Hiroshi to understand why. While we do get a peek into his early history and motivations, he is largely a non-entity for the greater part of the series; he’s a vague “something” (to us) for Michiko to pursue, and a reason for her to get on the road with Hatchin. In that sense, the show’s main narrative focus is always Michiko and her desire to protect Hiroshi’s daughter, not whether or not she can rekindle a relationship with her former lover. This journey was motivated by a man, but it has definitely become something more by its conclusion. It doesn’t really matter if Michiko gets her happy fairy tale ending or not; the final scenes make clear that the relationship between the title characters is where the heart of the show has been all along, and it’s all the better for it.

According to Yamamoto, Michiko & Hatchin was the kind of show she imagined “office ladies” cracking open a beer and watching after a long day at work. I can’t deny that there is some truth to this. Michiko & Hatchin was great to watch after a grueling week stressing about deadlines, and it’s definitely a series I would recommend to pretty much anyone, office lady or not. I can only hope that other anime creators who want to write good female characters are taking notes. 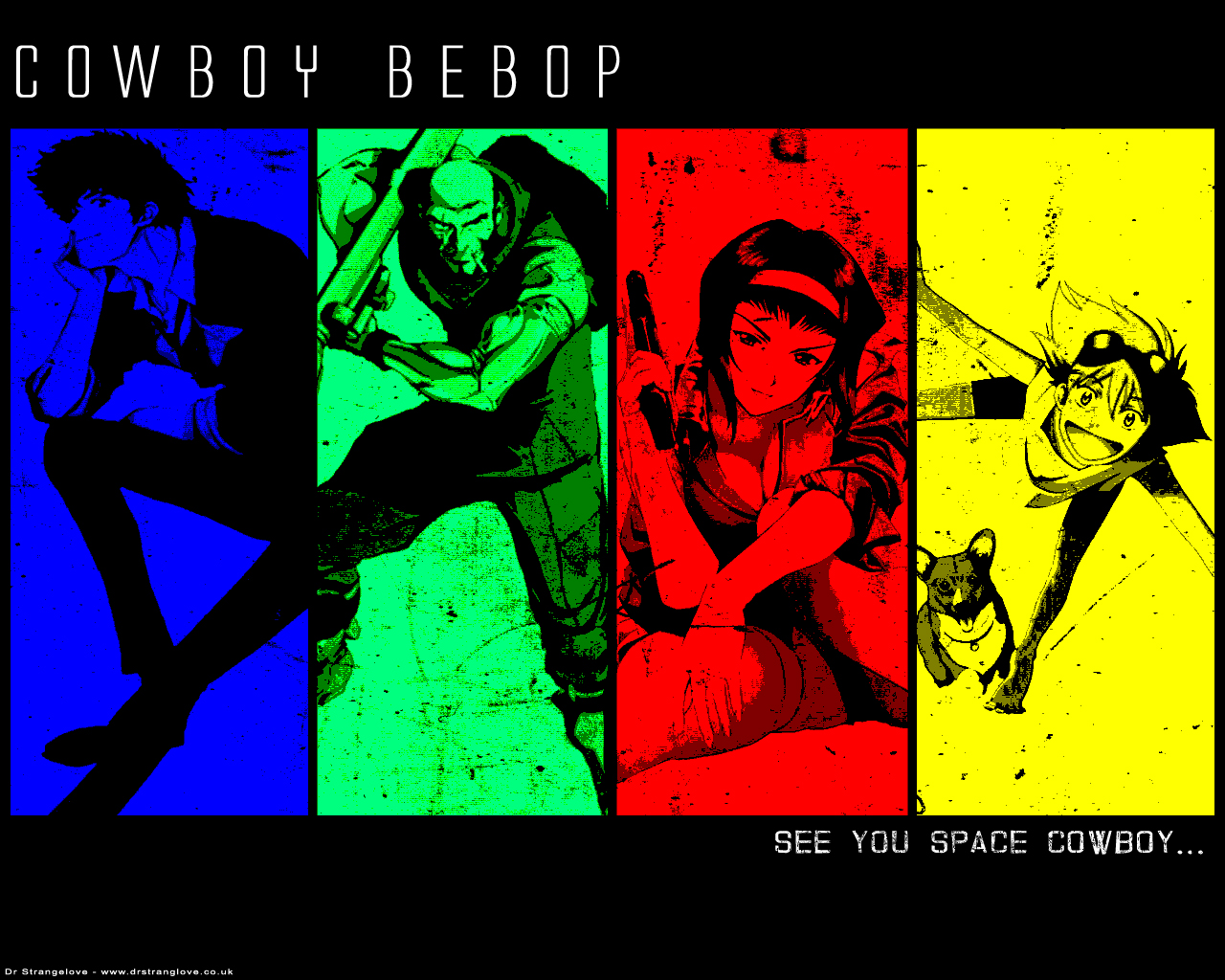 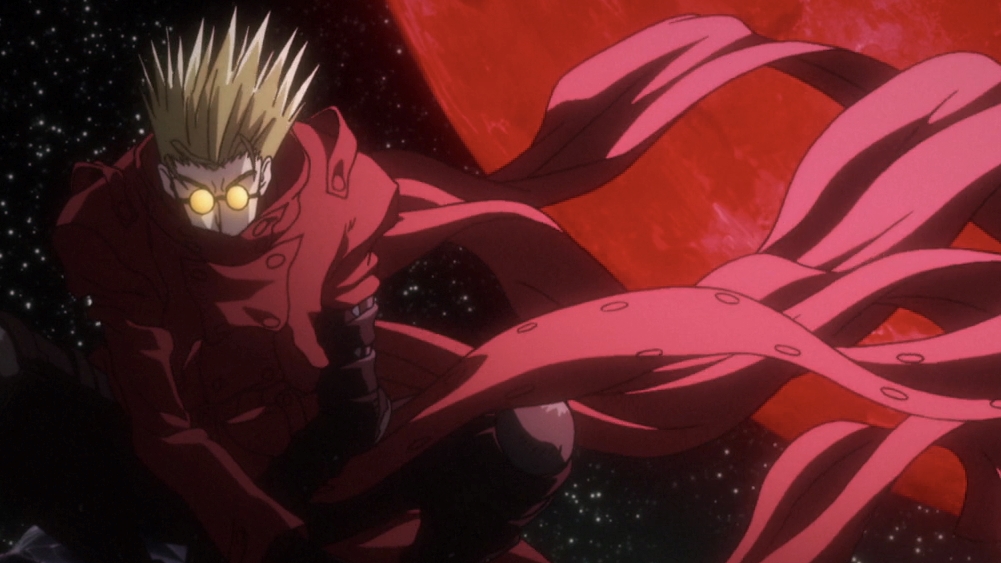 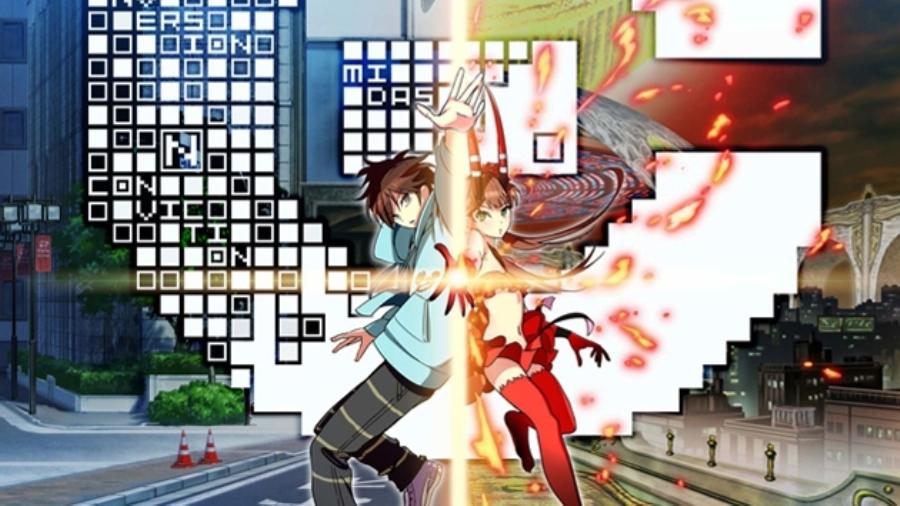