There is something about the prolific manga artists of the 90s. There is a cycle of a successful or interesting series or two, then some lackluster animated features, and then the rest of one’s life is spent out in obscurity drawing copious amounts of pornography. But surely this doesn’t apply to Masamune Shirow, right? He still strides in all the time, writing those brainy concepts he’s best known for about what consciousness is and what is reality, right? There’s always another Shirow written anime coming down the pipe. Well yes, and no. I talk about these creators in the eye of the west and unless it has Ghost in the Shell plastered on it he’s not given the time of day. So what happened?

In the time before the 90s the big manga was Akira. It had been translated, recolored, and of course flipped by Marvel comics, but it was niche. However, a devoted fan base made sure that of the few titles translated at the time it did really well. So in order to tap into the smart, cool sci-fi cyberpunk arena, Dark Horse comics went in search of the best of the subject in Japan. That’s when they ran smack dab into the works of Masamune Shirow. He had a backlog of cyberpunk fantasy going back to 1983 including Black Magic, Appleseed, Dominion, Orion and Ghost in the Shell. Some had even been brought over already by Eclipse comics in the USA. These titles formed the core of what Shirow was known for because frankly, when it comes to manga itself it’s all he has done as a manga-ka.

Let’s go back before this landmark deal in western translation. In 1983 a man still known as Masanori Ota created Black Magic for a fanzine. That story netted him a contract to polish it up and publish with Seishinsha and it led to a best seller known as Appleseed. Where Black Magic was a more simple affair about trying to recapture some state of the art androids, Appleseed delved into questions about technology, how it effects out minds and relationships. In it Briareos Hecatonchires is a full body converted cyborg coming to grips that the world he’s in has changed and accepting that, while also difficult, he can still love his girlfriend Deunan Knute. This story kind of solidified his tone and style. They would be action oriented sci-fi affairs with a touch of philosophical pondering. Rushed to produce another brain-teaser he made Dominion, which was a real mess when it came to putting his ideas ahead of the action. And he seemed to abandon any coherent thoughts in Orion when he claimed he didn’t know what the concepts he presented in the manga MEANT!

But this was all just a small appetizer before the big feast that was Ghost in the Shell. The timing was perfect for an English publication by Dark Horse because 1995 was the same year the movie was to be released. So the translation megahouse Studio Proteus was called up and the translation was underway. But there were still a few things to make the translation tense. Anime and manga had quite a reputation already and the lesbian sex scene in one volume had to be completely changed to a vacation a bit more tame for Major Kasanagi. Admittedly, I don’t think things like that should be censored, but at the time there was meaning behind it and getting the creator to rework something like that takes a lot of effort. Shirow finished another side story for Dominion and called it a day.

Kind of. See right before the huge exposure to the west he published Intron Depot 1. It was a portfolio of all of his full color sci fi inspired works. It was great, a real look into his designs and a treat for fans. It sold really well and since the media onslaught was about to begin again with Dark Horse publishing it, he set about creating another themed portfolio book called Intron Depot 2: Blades. This one was fantasy themed and had even more interesting art that really took a different approach. Seeing him do anything other than science fiction was a thrill. So for a while it was artbook after artbook containing experimental computer graphic backgrounds and a great many cyber-ladies to accompany them.

For years the Intron Depot series collected Shirow’s illustrations and fed them to a hungry fandom. But over that time overt pornography more than creeped into the works, it spilled out and just got everywhere. He tended to separate his adult themed collections in a sister series called Galgrease, so named because of how shiny he tends to make these pin ups after they’re colored. With titles like Wild Wet Quest, Hell Hound and Greaseberries it’s extremely off putting that what used to be interesting coffee table fodder has turned into a kind of overpriced mattress stuffing over the last fifteen years. The only time he draws anything beyond illustration and porn is when Ghost in the Shell is involved. Two more series were cut, dried and finished but it seems that his hobby of smut peddling really left his duality of a whacked out cyber philosopher to suffer.

So instead of delving back into comics, he worked as an idea man for many anime over the years. In addition to the adaptations of his own works his ideas of transcendence and reality are found in shows like Ghost Hound, Real Drive and even more stories from his past works because seriously, who remembers those other two? I’d never heard of Ghost Hound until I started researching what Shirow had been up to. Apparently it was an idea he had before the GitS phenomenon. It’s all about three high school kids who find paranormal experiences and can travel to the spirit realm to solve these occurrences. Along the way they figure out the spirit realm is pretty much responsible for their own psychological traumas and failings. While on the surface this is interesting stuff, the art direction is just so plain and boring. It’s understandable that most people haven’t checked this out. Oh, and it was distributed by a really high end company that believes US pricing for anime should be along the lines of that in Japan.

Real Drive was more in Shirow’s wheelhouse and it shows. The art style had a more adult feel to it, has a lot of discussion on our more interconnected lives on the internet, and a lot of stories involving solving problems arising from the link between the real world and the created one. This series should be held up as a shining example of what Shirow could do writing wise when he was focused on the subject and sated of his desire to draw oiled up breasts. Honestly, I hold this series up to what Serial Experiments: Lain could have been if handled competently with a story rather than just some ideas thrown against a wall marked “Terminal boredom”.

At any rate there will always be someone buying his “Art” books, orr perhaps a tastefully licensed figurine to hastily cover if company comes by. He will never get back to those heights of GitS but really, does he have to? Since he created the framework for these cyberpunk inspired stories he can easily step back, relax and do whatever he wants. Whenever a new series comes up, he’s guaranteed a job and if a new series isn’t on the docket yet there is always someone willing to have a Shirow art cover for their next project. Besides, after Ghost Urn in 2015 I think we all know people that are in machines are his only expertise. He’s earned his money, the man can do as he pleases. 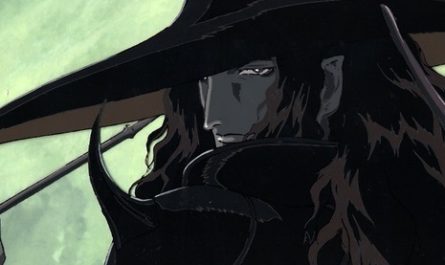 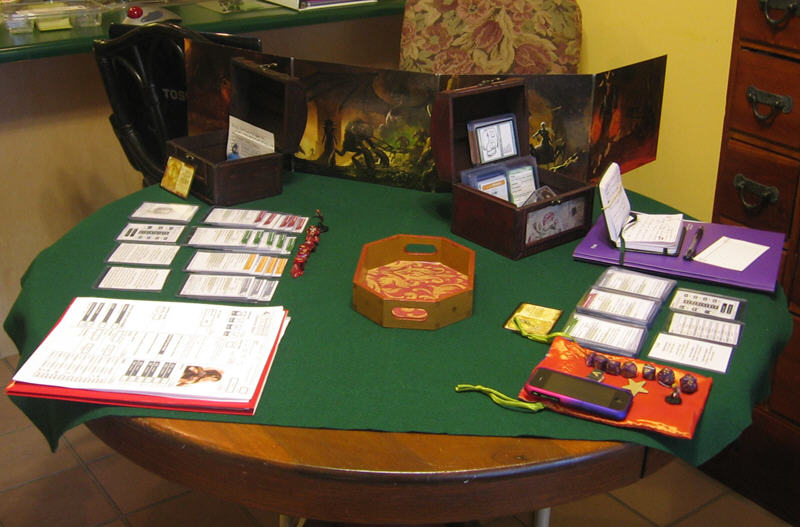 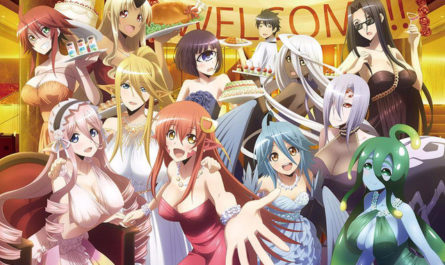