If somebody told me that Princess Knight or Astro Boy was getting a comedy-based reboot, I would shoot that messenger so fast they’d cry bullets. As a rule, I tend to avoid reboots, especially of cartoons. Right now, we’re finding ourselves in an era of media desperation, with IPs like Sherlock Holmes and everything Disney getting a fresh coat of paint before tossing it out to uninformed audiences. Anime is a particularly double-edged sword. I can’t give much of an opinion on Sailor Moon Crystal or Dragonball Super, I haven’t watched enough of either to gather enough interest. That being said, there is a wildly popular “reboot” series that did catch my attention out of morbid curiosity, and it surprisingly didn’t end in disappointment.

Or rather, I binged Osomatsu-san, because when I expect mediocrity, I’m given gold, apparently.

Osomatsu-san is a comedy sketch anime based on the 1960s gag manga Osomatsu-kun by Fujio Akatsuka, a man who drew Garfield’s John Arbuckle at least fifteen years before Jim Davis. He was so good at drawing John Arbuckles that he drew six of them at once and made it a manga about sextuplets, which spawned two animes prior to the anime we are discussing today. (The second anime based on “Kun” is by prolific studio Pierrot and centers around anime Snidely Whiplash, aka Iyami. I may give it a whirl in the future.)

The similarities between the source material and the modern anime are vague at best, and the show does a decent enough job of warning that it may not fare well with modern audiences used to the more typical anime style. Honestly, the main reason I even started watching the anime was because I’m getting sick of the modern anime aesthetic.

Osomatsu-san follows a cast of characters that carry over from the original work, the only difference being most have grown up and changed from their childlike selves. It mainly focuses on the Matsuno family, the father, the mother (that poor woman’s vagina!) and their six identical children.

At first, you can’t really tell who is who in the group of sextuplets. All you really know for sure is that they’re assholes. A few episodes in, the show realizes, “hey, they all look the same, we’d better stop dressing them all alike”, so then they’re color-coded. Osomatsu, the red one, is a greedy horndog, the second brother, Karamatsu is a leather-jacket-wearing cream puff. Choromatsu, usually in green, boasts about being the most responsible while masturbating to his waifu collection in the next scene. Ichimatsu, noted for having messy hair, is probably a vessel for Satan, or else he’s a furry. Derp-faced Jyunshimatsu is a complete idiot, and Todomatsu wears pink because he acts like a girl. He also makes faces. Like this one.

The supporting cast is filled with mostly one-note gag characters aside from Iyami and Chibita. Basically, they serve as the Waluigi and Wario of the series, respectively. When an episode focuses on one of them instead of the brothers, it’s still pretty funny. Otherwise, get ready to be sick to death of the constant cry of “Dayon, Dasu, Dajo, Whoopdeedaw” and so on. Each sextuplet gets about the same amount of screentime, usually appearing in the scene together as a solitary unit, or having a couple episodes centering around one. Except Karamatsu, fuck that guy.

There’s a lot of content in this anime that can be hit or miss depending on the viewer. Because of the age of the source material, some jokes feel distinctly Japanese, so anyone who feels frustrated by language-specific puns could get lost here. I’m pretty laid back when it comes to cultural humor, so it doesn’t bother me, and the Crunchyroll subs are really clever about handling most jokes. No [translator’s notes] here. In fact, the subs are surprisingly good for this show, which is lucky, as I doubt this anime will get an English dub in spite of its popularity. Speaking of, there’s also a healthy dose of Engrish, which I found hilarious.

The comedy that isn’t hit or miss, however, is stellar. When this show picks up steam during a skit, it reaches Cromartie High levels. Each episode is typically broken up into eleven-minute comedy segments, sometimes several shorter ones. Nothing is sacred in this reboot. Dick jokes, jokes involving other anime or even Western media (the Saw skit is laugh-out loud funny), jokes at the expense of Japanese idol culture, fashion, even goddamn Starbucks is a target. Occasionally, they throw in a realistically-drawn segment or a genderbent skit called Girlymatsu for variety. There are even a handful of weirdly serious episodes, and I don’t know what they’re doing in here. They just show up without warning. I wouldn’t bring out a pack of tissues, but they can be fairly heartwarming. If you came to laugh, though, you might not be in the mood for them.

If there’s anything that can sell you on this show, it’s the first episode. It was banned from DVD release and all (legal) streaming services, and about eight minutes in it isn’t hard to see why. The cast of the show pervert their own anime and several famous ones in a last-ditch attempt to be popular, redesigning themselves as sparkly pretty boys and blowing chunks at the smallest attempt to act sexy. I don’t want to spoil the parodies, but if it’s been popular in the last twenty years, you’ll likely see it in there (as well as Virtua Fighter for some reason). What this show does with its parodies is really refreshing. Unlike most anime in recent years trying to make a quick buck off the otaku, it doesn’t shoehorn anything in just to get attention. By definition, a parody should satirize and use its subject in a mocking or exaggerated manner, something I believe most contemporary shows, American or otherwise, seem to have forgotten. Osomatsu-san doesn’t copy wholesale, it contorts each reference to either suit the shoestring plot or to make a broad joke. Either way, it works.

Another notable episode starts with Waluigi, aka Iyami, challenging every character to Mario Kart, each with their own personalized ride. The vehicle introductions feel like the Grand Prix episode of InfernoCop, but as the race starts it quickly becomes its own violent tangle of sabotage and genocide. Again, I won’t spoil the punchline of a comedy show, but I will say there’s plenty of gratuitous explosions and a robot fight out of nowhere. Just your average day at the races. At least nobody became bread. Looking at you, Inferno Cop.

Overall, I had fun with this show. I would recommend Osomatsu-san to somebody who was into anime but didn’t take it very seriously, because this show doesn’t take anything all too seriously except its blue outlines and pink shadows.

View all posts by Jack Allistar → 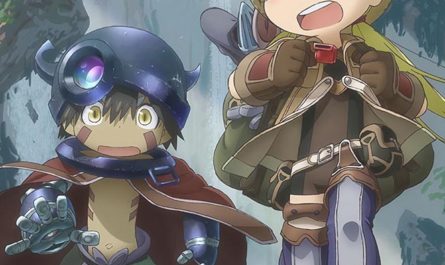