Hey guys, remember “Cowboy Bebop”?  Remember “Trigun”? “Outlaw Star”? “Space Dandy”? Well so did a lot of other people but they quite couldn’t figure out what made them great.  Western feel? Check. Variety of character and setting design? Check. Characters that really stand out to you? Uh. Stories and world building that makes the world seem real? Well no, but… A story worth watching again?

I admit this, Cannon Busters is a labor of love by people who love anime.  LeSean Thomas has done so much to really free up the west into stopping the shame of “anime style” with his work on titles such as The Boondocks and The Legend of Korra.  It was his dream to turn his creator owned comic of the same name into not just a mere “cartoon”, but it would be anime.  A croudfund was launched, he assembled other greats to work on this project such as Thomas Romain, best known for creating Code Lyoko, working on series such as Space Dandy, and re-designing his children’s drawings into some really great designs.  He gathered other comic artists like Joe Madureira, creator of Battle Chasers and a host of other animators and producers from all over the world to work on this project.  It was set to be grand, a diverse team of people from all over the world coming together and making something wonderful.

If they’re about to dance to music like the anime looks, then prepare for a fusion of seven different genres all sounding dull

I’ll admit.  It was pretty to look at.  And with the backing of Satelite studios behind them, who have made just about every modern Macross property in addition to classics like Heat Guy J, I would be really disingenuous to discount what a labor of love this was and how well the craft was put on display.

But then you need writing.

For all it’s wonderful things to look at, there is very little that is relatable, little that comes off as genuine characterization, and a plot that meanders it’s way through a rich and detailed world that holds no solid answers for an inquiring mind to wonder about.  It shows when it needs to tell, and it tells when it should really just show, if that makes any sense to you.

But let’s break it down.  These characters have great designs, and when we focus on our main traveling trio of Philly the Kid, Sam and Casey there is a lot of genuine fun to be had from time to time.  But each character feels incomplete in some way.  Philly has this ability to come back to life, inscribing a tattoo of how many times he has died and yet seems to have no purpose other than to be the vehicle in which Sam moves along with.  His own backstory is spoon fed to us 2/3 of the way through the series and it’s incredibly unsatisfying.  It falls in this bizarre ground of this could have been a cool character backstory if they withheld just a little more information, or told it outright.  What makes Spike Speigel really interesting is that his backstory either teases with bizarre flashbacks or gives you reason for his current conflict with Vicious.  Philly is given a dead parents as motivation and… not much else other than the tropes of the fed up and perpetually broke space cowboy we know and love.  Sam isn’t much better.  A dimwitted robot with enormous hidden power who knows nothing of the real world can be interesting and fun, they did it in El-Hazard: The Wanderers.  But I’d say Sam is less Ifurita and more Arthur Dent.  She perpetually has no idea what’s going on, is singly focused on her overarching goal rather than the realities of her present situation, and turns into a mega-weapon whenever the plot needs something quickly resolved.  And the other traveling companions have no desire nor impetus to figure out the mysteries of this ancient wonder.  Casey is a standard mascot character that you rarely see in anime now of days, and honestly we’re kind of better for it.  She’s there to make cutting observations in a naive way and fix their mech-car, Bessie.

So… At what age are you programmed to teach me “the sex”?

But the travels of Sam are varied and, at times, actually interesting.  The bottom falls out from the other side of our travels with Prince Kelby and Odin.  The entirety of their plot is to get Kelby to a safe haven in the wake of the entire kingdom of Botica ransacked in one fell swoop by his half-brother Locke.  Unlike our friends in the caddy, Kelby and Odin’s journey is one where Kelby acts like a brat, is told why he shouldn’t, he stops, they move on.  That’s it.  Just about every encounter is this kid slowly, baby stepping his way to an idea about how to be a real ruler.  Until they meet Hilda.  Odin, being the prince’s bodyguard, has more than accurately assessed that Hilda was bad news and, since she was pretty much about to capture Kelby, should be left for dead if not executed immediately.  But Kelby, sweet innocent Kelby, won’t have another human die because… his robots died?  Look, the world itself is messed up but I’ll get to that.  Long story short: What could have been some interesting echoes of say, Sam’s abilities firing up whenever she found evidence of Kelby’s trail and it sets her on the right path we’re forced to watch a spoiled prince almost, but never really quite, get unspoiled.

We took a sharp turn into Berserk somewhere, didn’t we?

But let’s talk about the world of Cannon Busters.  LeSean actually had three issues of the original comic book produced way back when and out of that we had to extrapolate a 12 episode anime series.  There is a really good sequence in the anime about Philly and Co having to escape a group of cannibal wasteland crazies that I’m told was right in the comic.  And everything after that seems to have been guesswork. Take, for example, the world itself.  It’s a world which has denied magic in favor of technology and the Nation of Botica united five kingdoms so that magic would never be used again.  We’re never told why, we’ve seen some curses in the case of Philly and some rather robust wastelands that might have been caused by magic.  However, the technology used by much of the world seems to be almost indistinguishable from what magic is most of the time.  I can’t easily tell a magical mech from a technological one easily in this series.  Sam’s ultimate form seems to be a tell on what could be considered “Magic”, but Locke’s forces can corrupt technology and use it as well so… We never get into the “Why” magic was denied in this world, and that’s a sticking point that bothers me a lot.  Let’s not get into how this messes up the history of such a world and pulls a lot of little threads that you won’t have time to answer, even with a second season greenlighted.  And then there’s our main villain, Locke.  All we seem to learn about Locke is he has reawakened magic, answers to a greater being called Mora, and is the bastard son of the King of Botica.  So… he’s mad.  He needs Kelby, alive for some reason, but also is begrudgingly under the thrall of some sort of source of all magic.  He’s the old anime villain, brooding in a kind of dark throne room episode after episode supportively telling you his goals and motivations but not really.  In this case all we ever tend to learn is the same thing over and over.  For such variety the world of Cannon Busters turns itself kind of mundane right before our eyes.

You know what, perhaps we will postpone this “the sex”.

There are so many concepts in this anime that would make a lush, fully fleshed out series.  You could have had the road trip be the entire focus, you could tell the rise and fall of the 47 Samurai leading up to 9ine’s defection, you could explore the struggle of Locke’s desire for revenge and conquest while he also seeks for a way to break his bond with Mora.  Instead we are bounced around so much we don’t’ get to absorb anything.  I’ve never seen so much care and effort be put into something that came out so plain and ordinary.  A shame. 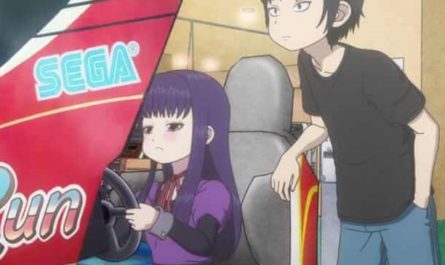 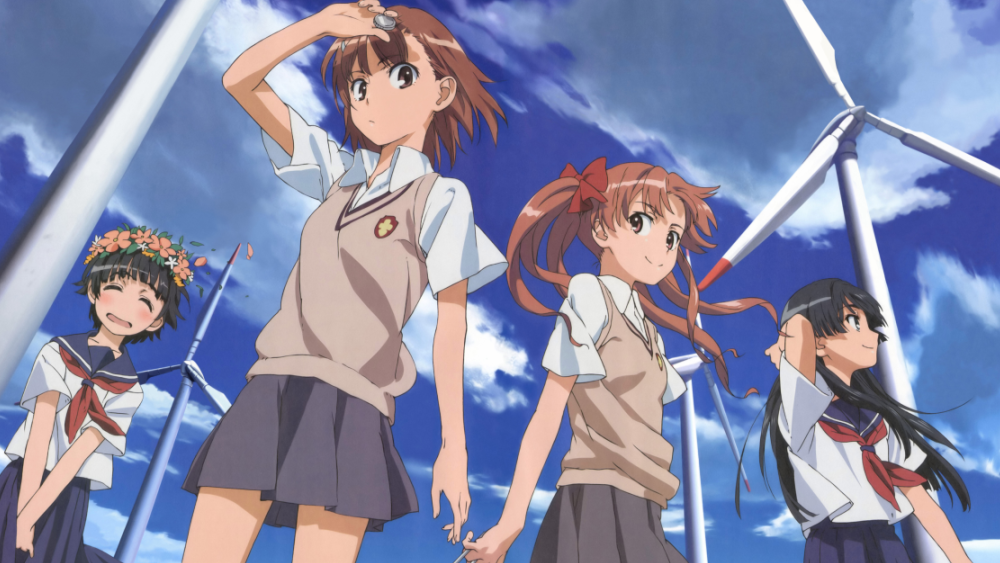