Dean Talks Anime: The Afterlife is Full of Elves

Stop me if you’ve heard this one before.

An otaku (or NEET) has triumphantly finished his latest nerdy deed and has decided to celebrate by venturing outside for a favorite snack or two from the convenience store. As he finishes the deed, he is struck down by calamity and never opens his eyes again.  At least, that’s what one would think.  Instead, he is transported to a fantasy world that fits conveniently into the trappings laid out by Tolkien, Gygax and Sakaguchi.  Instead of truly falling into despair, he is overjoyed to leave the banal world of the mundane behind and will now take this fantasy world for all it’s got.  He’s played every roleplaying game ever, so this will be a cakewalk.  But it isn’t.  It isn’t for about 12-26 episodes.

I’m a sucker for things set in what most people consider “Traditional” fantasy.  One of the first novels I remember reading was The Hobbit and quickly progressed to Lord of the Rings.  So it’s a given I would get attracted to things like Dungeons & Dragons and the like.  But for the most part I never resonated with the whole idea that a person just like myself goes to another world and becomes a hero.  The only story I found that really defined how such a thing might go was the Mark Twain classic A Connecticut Yankee in King Arthur’s Court.  In it, the protagonist’s knowledge of science gets the better of Merlin several times over, but in the end being such worlds apart and trying to make the world advance too soon gets the better of him.  This seems like a logical way such an encounter might unfold, however this is usually more about the wish fulfillment period of anime we are in now and I wonder if we can ever get this kind of story.

There are some parallels in the anime Gate.  A magical portal opens up and dumps out an army of medieval warriors and supernatural creatures.  Our hero, Youji Itami, is in the Japanese Self Defense Forces and a major otaku, so he’s got this.  Showing bravery and valor in the first crossover, and possibly the only person in the military who knows nerd tropes, he is one of the many who are part of a mission of discovery and violence in the realm on the other side.  While there the military seems to dominate, and when it doesn’t it sends in Itami to figure things out and patch it up.  Unlike Twain’s protagonist, Itami gets help from the magical natives, including protection from all harm from a demi-goddess.  Now there is a lot more to it, but if the protagonist is rarely if ever in danger, isn’t he merely a witness to events?  He may do great things, but without the idea of danger or overwhelming threat to the self is there any reason to identify with the protagonist?  And let’s say all of his video game and anime lore can solve a lot of the problems around him, which just means you handed the keys to figuring out anything the anime throws at him.

But let’s talk about the two series that sent me down this particular line of thought.  Recently I reviewed Re:Zero and really enjoyed how our hero did have roots in fantasy trope lore, but when proven unreliable he quickly abandoned the idea of how easy his life would be by schooling these fools at their own game.  Instead, he relies on his own wits and understanding not only to better himself for the unique challenges of this world, but he uses his cursed blessing to become a real force for good for his friends and new adopted home as a whole.  In short, Re:Zero did something that the majority of anime fails to do, made me care about both the protagonist and the world he stepped into.

Most of the time such anime fail at the former, case in point is Konosuba.  I expected RE:Zero to be a lot like this anime in execution, and in some ways it was.  There are a lot more girls thrown around from the very beginning and our hero, Kazuma Satō, embraces this fact rather than dealing with the realities of being stuck in a new world with new rules.  To be fair he’s calmly explained these rules by the female protagonist, Aqua.  In an old school way Kazuma tricks the infinitely powerful goddess on a technicality and forces her to accompany him on this quest in another world he is reincarnated into.  He is literally told this is going to be like those games he plays in our dimension, so he does have a small leg up.  However, like anyone new to a society he starts on the bottom rung, cleaning stables and the like.  Eventually he and Aqua work themselves into an adventuring party consisting of the two of them, a 13 year old mage named Megumin who only knows a draining explosive spell and a paladin known as Darkness who can barely hit with her powerful sword blows and is a total masochist.  On the surface this is some terrible stuff.  Everything I hate in this sort of anime.  Too much bodypillow pandering with every character being a cute girl.  A protagonist that really only cares for his own comfort with just little moments of self-sacrifice that makes the girls around him all blushy.  Ill-defined but predictable and lazy “rules” to the universe.  The list goes on.

But the thing is, Konosuba finds itself to be enjoyable for one reason despite having every element in this genre I despise.  They lampoon it.  Is it early Zucker Brothers genius?  No.  But it is a step in the right direction when it comes to comedy anime.  The fact that the entire main party is the outcasts, losers and completely debilitated sorts who you would reroll immediately if you made them in a character generator is a blessing when put into this rather boring trope fest.  Kazuma’s lazy and stupid nature is only tolerated when he genuinely has something of value to do.  It’s the only way to treat this kind of protagonist.  Each character’s failings make for good comedy, both physical while adventuring and situational when not.  It’s the kind of humor that adds nothing to your person and doesn’t make you think.  But it’s timed well and barring some of the same ol’ same ol’ “We’re a Japanese anime so breast joke” moments, it works.

I guess my bar is just really low.  All you have to do is take the tired old idea and give it one small twist from the norm and expect to make it interesting in my eyes.  But then again, way back when the idea was fresh, new and exciting things were a lot different.  We didn’t send our anime obsessed losers into the fantasy worlds.  No.  We only sent our best, our brightest, our Japanese schoolgirls.

Many of the ladies who read might remember the super popular Fushigi Yūgi from way back in 1995.  It followed the story of Miaka and Yui who are sucked into a fictional historical China while reading a book.  The original intent was to escape the book and return to the real world but over time it becomes a rather epic tale of both girls becoming the heads of two forces for the fate of the world.  Aimed at readers of shojo, there is plenty of romance to be had and close-ups of handsome dudes’ faces.  But it is wrapped in a rather epic tale of hero gathering and world fate deciding.  In a weird parallel I find the heroine Miaka has a few traits of our otaku heroes in these weird worlds today.  She eats too much, loves anime and is always mimicking her favorite characters from them.  Kind of like internet video reviewers.

We also got our mech on in the alternate worlds.  In The Vision of Escaflowne Hitomi Kanzake is taken to the strange world of Gaia and meets with Van Slanzar de Fanel, a half dragon prince who commands a Guymelef (mecha) called the Escaflowne.  This machine is linked to Van’s very blood and when it’s damaged, so is he.  But I think we’d all take that risk because it can turn into a sweet dragon.  Hitomi actually can use the tarot to foretell events and finds that her and Vans fate are forever intertwined.  There is a little something for everyone in this series.  Romance, mech fights, politics, war and more.  Unlike a lot of our other heroes she doesn’t seem too into anime, but she does like running track and messing with tarot cards.   So she’s the most athletic to meet the demands of being an otherworldly heroine with the fate to save the world.

But that’s until we get to Magic Knight Rayearth.  While three girls from three different schools meet while on separate field trips to the Tokyo tower, a lightning strike sends them to the magical world of Cephiro.  Cephiro is a world of dreams and held together by the Princess Emerude who must continuously pray for the world’s stability.  But Emerude has been kidnapped by Lord Zegato and it’s up to the heroines from another world, Hikaru, Umi and Fuu, to save the princess so her prayers can keep Cephiro together.  Having several characters cross over to the other world makes for a more diverse and interesting setting in the first place.  The idea that JRPG tropes work in this world are floated from time to time, but merely as a means of explanation rather than meaningful winks and nudges to the audience.  The trio must learn, adapt, adventure and thwart the plans of Zegato’s minions as they make their way to the princess and ultimately decide the world’s fate.  Oh, and they summon cool weapons and mechs, I cannot stress how criminal it is that everyone forgets that and focuses on the suffering that is required in a CLAMP title.

So how can we shake up the idea that if only we were in a world that followed video game rules, we would finally rule?  Well the biggest thing to do would be to diversify our main characters.  And I say characters because you should have more than one cross over into the other world so we can have a diverse set of reactions to being placed in the unfamiliar territory.  One anime got this right from the get go and it remains a favorite of mine to this day. El Hazard: The Magnificent World transported five diverse people into the alternate dimension and they each played into the setting differently.  Being from diverse backgrounds but still having the familiarity of being from the same school setting made the adventure and twists that much better.  Don’t just send the breast obsessed otaku, send his studious brother who likes aviation, his downstairs neighbor he likes but has never talked to, anyone he can play off of that has some familiarity other than “This is just like my Japanese Animes!”  I, for one, will welcome the change.

Dean The Adequate rifled through a magical washing machine at the laundromat once for stray change.  It was when lightning struck he was transported to a dimension of talking socks.  He used his knowledge of darning to become a great healer, learned how to play the flute, defeated a great evil and settled down with his sock wife and sock family and died happily knowing his was a life well spent and loved.  Then he woke back up and was given a box by the attendant.  Inside it was the very flute he learned to play! “Best Trek Episode ever” he thought as the empty bottle of Jim Beam clattered out of his pocket. 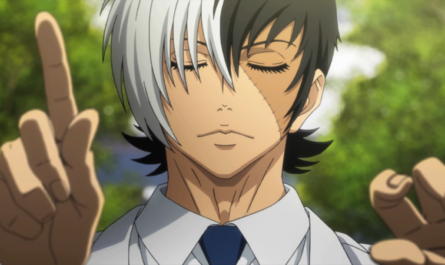 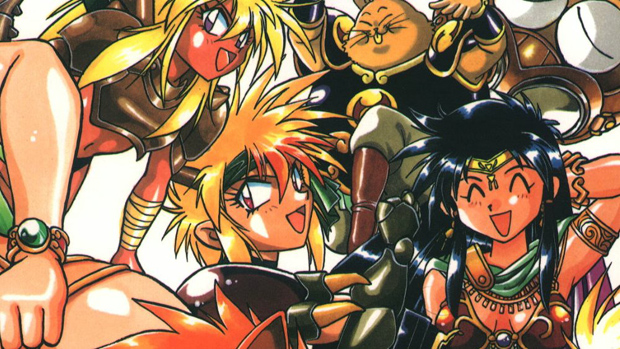