It’s time for a subject very near to my gag reflex: The depiction of children in anime. Child characters are admittedly a hard thing to get right, but some of these nitwits in the anime industry are so bad at it, they probably could turn Mr. Rogers into Maddox with some of the demonspawns they’ve created. It of course doesn’t help that a sizable chunk of said children consist of shotas and lolis, but even if one tries their hardest to ignore that, most of these characters make you want to do your best Kurt Cobain-impression regardless. I’m going to go over a few specific examples to show how these kinds of characters should be done, how most of the anime industry actually does them, and why that is. Let’s begin.

I will revisit this subject in more detail in future articles, but suffice to say, if at any point in the design process the phrase “that kid is really sexy/not sexy enough” is used, you should head right back to the drawing board and start from scratch. Designing a character to be nothing but masturbation fodder is incredibly shitty writing to begin with, but combine that with children and it becomes almost unforgivable. I’m sure someone will try to point to Kodomo no Jikan or something like that in order to show how such a thing can be used for compelling storytelling, but do not fucking fool yourselves here. Even if the maker of Kodomo no Jikan actually tried to make it some sort of commentary on child molestation or whatever (and he clearly isn’t), he really fucking sucks at it. I ultimately decided against using a picture from the manga or anime so you won’t have to vomit. You’re welcome.

After all, the reason why every single anime with lolis sucks so much is because if the creators thought lolis were a good idea, they usually come up with things of similar quality for the plot and other characters. One could be almost grateful for their existence, because the presence of lolis on the cover of a show pretty much serves as a bright neon sign saying “don’t waste your time with this garbage”.

Next time use a condom – The Bad

Ikki: “Remember when he used to be so nice and sweet?”

-The Legend of Korra

I mentioned earlier that children are hard to do. They are in fact so hard that even if you do it right, you can end up doing it wrong. What does that mean, you ask? Let’s put it this way: The number of children that are intolerable little brats that you want to strangle Homer-style is, I think we can all agree, greater than zero. Therefore, there are way more annoying children than anyone should or would have to put up with. So if you have made a child-character that annoys your audience, you have failed. It doesn’t matter if they are realistic with the way they annoy people or if there are children that really act like that. You have failed. While reality puts limits on people when dealing with kids like that (abortions after the fifth birthday are a huge legal hassle), nobody is forced to put up with fictional characters – if they get fed up with them, they simply stop watching. Or keep watching anyway because they do it for a podcast. Either way. The point is, annoying is annoying. Just take the multiethnic cast of little bastards in Eureka Seven, for instance. I’ll give Satan this: Hell is certainly a diverse place…

Of course there are multiple ways you can make your audience consider suicide. Anna from Shaman King is a wonderful example for the type of character that can best be described as “horrible bitch”. Fittingly enough, the series then commits one of the biggest sins you can do with characters like that (well, other than not having them in the first place): Having the narrative itself prop them up. Despite the fact that she is a complete bastard to everyone in words and deeds alike, nobody ever calls her out on it. In fact, not only is she some sort of amazing japanese spirit medium and the fiance of the main character, but even the main villain himself praises her to high heavens. She is pretty much paraded around as the ideal woman, so it will of course completely surprise you that she is literally based on the author’s own preferences (read: fetishes). Here is a handy hint for all you writers out there: Don’t do that. Well, unless you want to do some sort of anime-recreation of Jar Jar in which case go right ahead.

Heat Guy J also had a few instances of characters like that, especially the little girl that both main characters have to put up with at several points. While one of them seems to be infinitely patient and the other one is a robot and thus can’t get annoyed at her, we as the audience certainly can. J himself may be right when he says that a man should not expect thanks, but even if that is the case, it doesn’t help you endear a character to the viewer that acts like nothing but an obnoxious, ungrateful, thieving little shit. Occasionally one wonders if some of these characters were deliberately created to make people wish back the days where children that act in any way like the little bastards in some animes would get smacked without a second thought. A man should not expect a kid in anime that doesn’t make them want to strangle it.

Another wonderful way to piss off your audience is to write kids in a way that makes them adorable, precious little angels. Not only are children not like that, but it also turns them into one-dimensional nothing-characters. I guess they’re supposed to be cute, but if that is all you require, there is an endless ocean of cat-videos on Youtube for you watch. And at least cats are more adorable than children.

You don’t actually need to go to extremes in order for your characters to be bad, though. It is entirely sufficient to make them useless. More specifically, characters that serve no purpose to the story whatsoever are bad. And no, “being cute” is not a purpose. Neither is being sassy. One can of course use child-characters for comedy, but that is a bit difficult as well and if you fail, the last thing your audience will do when they are on screen is laugh. This isn’t just limited to comedy, but it will serve as an adequate example: One of the biggest problems with writing children is that they are not adults. For one thing, the adult human mind is incapable of reverting to the way of thinking that children use. It can be reasonably well imitated, but it is never the genuine article. Even if you can convincingly write a child character, there is another issue: Compared to adults, there is less you can do with them, especially with the young ones. Children are significantly mentally and physically lacking when compared to the average adult and thus can’t do a lot of things in stories (unless you are writing some sort of alternate reality setting). For one, their speech is much simpler and so are their thoughts. They can’t exactly serve as the smart or insightful character or as a person of deep thought. (They can by comparison if every character is a child, but that’s neither here nor there.) They have no complex skills or jobs yet, so they can’t perform many functions in-story. You might ask why one even has these sorts of characters, and the reason for that is their interactions with others and the world at large. For instance, if a character is a father and you have him interact with his child, this can add entirely new dimensions to both of them (provided you’re not an idiot, of course). Children have a different, more naïve view of the world, so you could use that to contrast them with a more cynical character or make some sort of larger point or whatever. My point is, they generally don’t work that well when on their own. Kinda like Harley Quinn in a way. They need a good reason to be there, if their age doesn’t matter you might as well make the character an adult and save yourself the potential pitfalls.

Think of the children! – The Good

“The soul is healed by being with children.”

Believe it or not, there are actually underage characters in anime that are not completely intolerable. To finish this little examination, I will provide you with a specific example: Nanako Dojima. Being the main character’s cousin, she of course has a not exactly insignificant role in Persona 4: The Animation. For the full impact of her presence I’d have to go into spoilers, but suffice to say she is one of the major catalysts for the ending. Outside of that, her innocence and cheerful demeanor don’t feel forced and allow for some nice interactions with the main characters. Furthermore, she at the center of the character arc of her father who initially spends little time with her as he is – for reasons that are explored later in the series – obsessed with his work as a police detective. Not to mention between her, the main character and her father, she is the one that ties them together as an actual family. Aa anime-child that ISN’T so obnoxious you want to jump in a woodchipper? What kind of wizards are you, Atlus?!

It’s also refreshing that she is neither some sort of wise beyond her years-figure or a complete imbecile that serves as the source of cheap “laughs”. She is naïve and has the usual misconceptions about the world children happen to have, but not everything is beyond her understanding and she isn’t stupid. If anything, her behavior is a bit more grown-up than usual for her age since she often has to deal with things without the help of her father. Essentially, her existence contributes to the plot and the character development and she is neither unbelievable, grating or masturbation fodder. (Too bad the japanese fandom loves pairing her up with her “onii-chan”…)

The child with the longest name in animation aka. Radical Ed from Cowboy Bebop is also deserving of mention, especially since she is a genius and kind of hyperactive, two traits that when applied to children in fiction usually translate to “RUN FOR YOUR LIVES!”. They not only managed to make her not completely intolerable but wrote her so well that most viewers including myself were actually sad about her departure near the end of the series. The excellent use of “Call me, call me” was just the icing on the cake.

So in conclusion, children in anime don’t have to suck. In fact, they can be great characters. However, including them usually has more clear-cut results than with adult characters: Either they really work or they really REALLY don’t. The latter can only be avoided by not being a hack, and we all know how rare that is in the anime industry nowadays.

See you next time, Space Cowboy. 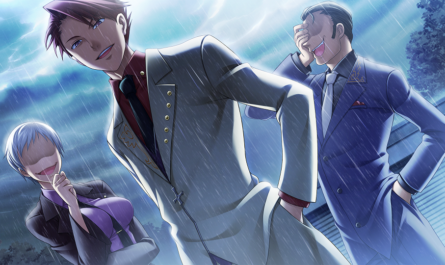 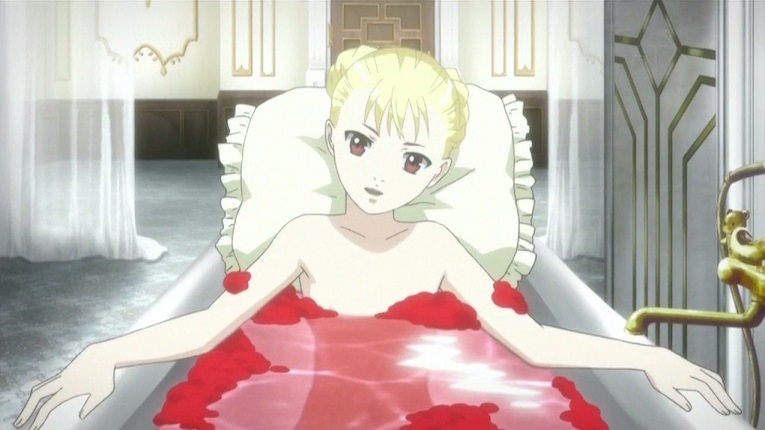